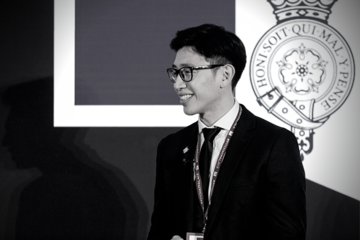 St Cross student Boon Lim (DPhil Synthetic Biology, 2017) has won an MPLS (Maths, Physics and Life Sciences Division) Impact Award for his role in the development of a COVID-19 rapid diagnostic test used in the multiple UK and international airports.

The MPLS Impact Awards scheme aims to foster and raise awareness of impact by rewarding it at a local level. This year, a special COVID-19 Impact category was added alongside the usual categories of Commercial, Social, Early Career and Public Engagement.

Boon Lim is part of a team engaged in the development of a rapid viral RNA test for COVID-19. The work of the team, led by Professor Zhanfeng Cui and Professor Wei Huang, has been already recognised and awarded the Royal Academy of Engineering's President's Special Awards for Pandemic Service and the Oxford University Student Union Special Recognition Award.

Seeing the test kit being applied in the real world has been a surreal experience, and I thank Professor Zhanfeng Cui, Professor Wei Huang and Dr Monique Andersson for welcoming me to the team to combat one of the greatest healthcare challenges facing humanity.

We congratulate Boon on his well-deserved award!