St Cross and Wolfson Women Retain Head of the River

St Cross and Wolfson Women Retain Head of the River 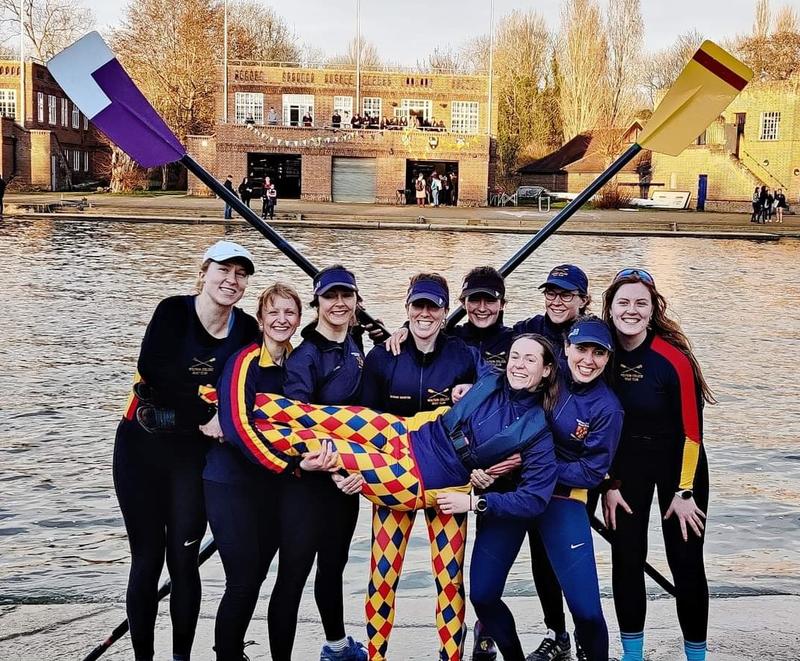 The St Cross and Wolfson first women’s boat defended their position at the Head of the River at this year’s Torpids, which took place from 2–5 March. Our Women's rowing team had two very tough races at the end of the week with a fast University College crew behind but managed to hold them off and retain their Headship.

The Wolfson College Boat Club, which is made up of both St Cross and Wolfson students, entered the impressive nine crews in total: four into the men's division and five into the women's division.

Torpids is a 4-day regatta of bumps races and one of the University of Oxford's main intercollegiate rowing events of the year. According to its rules, boats within a single division are lined up behind each other, on about a length and a half. There are a series of canons and guns to start the race and then crews row as hard as they can upstream. The aim is to catch the boat in front and bump, and not get caught by the boat behind. If a boat bumps, it moves up a spot on the river and starts the race the next day one position higher. However, if it gets bumped, it has to move down. In Torpids, a boat can drop multiple positions if several faster crews overtake or bump it. The crew at the top of Division 1 at the end of the week wins Headship.

This year's key achievements for the St Cross and Wolfson boat club:

W5 - the only club to ever qualify 5 women's boats 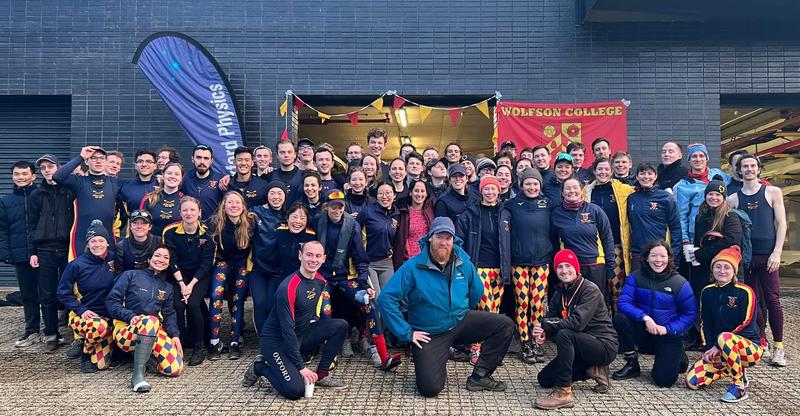 M1 - Bumped up 3 to their highest position on the river

Well done to all who were competing for making both St Cross and Wolfson very proud colleges this year!

Many congratulations to all St Crossers in the boats on their performances: