St Cross and Wolfson Women take Head of the River

St Cross and Wolfson Women take Head of the River 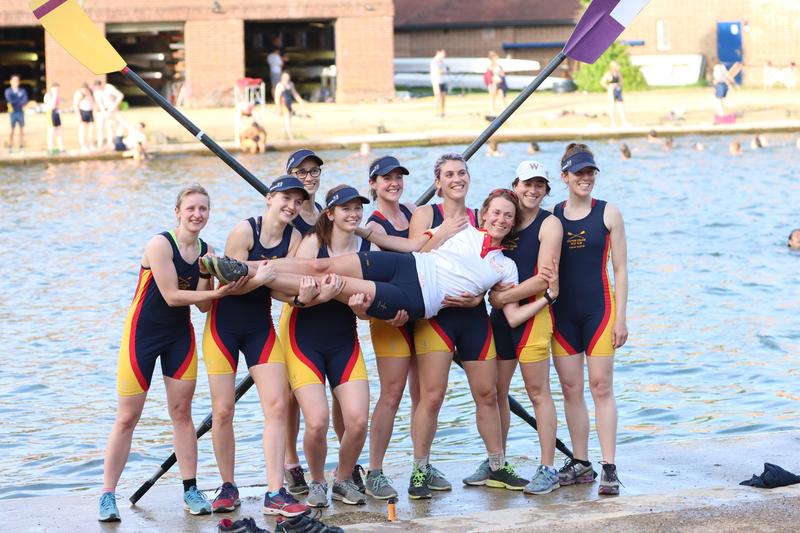 The St Cross and Wolfson first women’s boat won the headship on the final day of racing at this year’s Summer Torpids. Our Women's rowing team took the Head of the River, bumping Hertford to victory on the last day.

The Wolfson College Boat Club, which is made up of both St Cross and Wolfson students, entered eight crews in total: three into the men's division and five into the women's division. The women's First Boat won Blades* for bumping up every day and created history by reaching the highest position on the river for the first time in Torpids. In 2019, our women's crew won the Summer Eights for the first time.

This year, the traditional 4-day summer rowing regatta - Summer Eights, was moved from 5th to 7th week and was running under the Torpids’ rules. For the first time, supporters were encouraged not to gather by the river as they had the opportunity to witness the races online via live stream instead.

Many congratulations to those St Crossers in the winning WI boat: Sarah Bridge, Jessica Dunham, and Daina Sadurska, and to all crew members who rowed hard!

*This achievement allows the crew to buy blades with the names of their crew painted on.