The St Cross and Wolfson first women’ boat of the Wolfson College Boat Club has won the headship at Summer Eights this year. The women’s first team successfully bumped Wadham on the first day and Pembroke on the second day, leaving the competition with an impressive headship. It is the first time that a Wolfson College Boat Club team has taken the headship at either Torpids or Summer Eights, making this a historic moment for the Club. 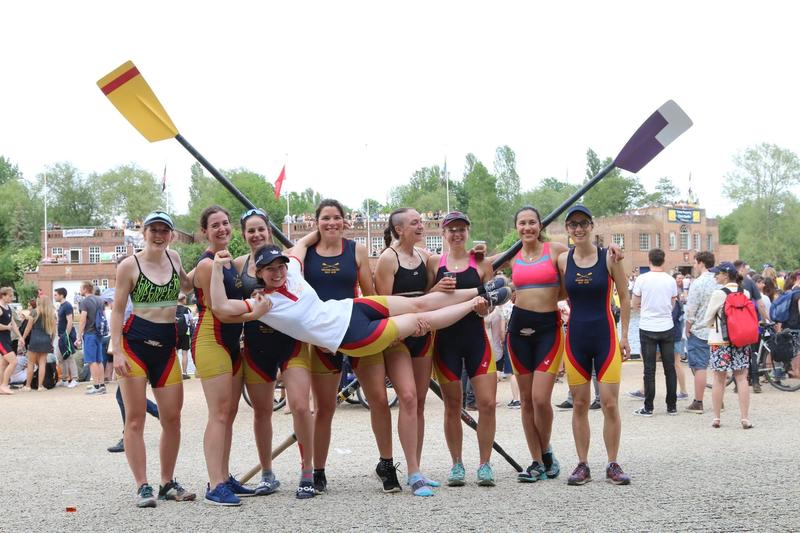 Summer Eights is a four-day regatta of bumps races and the University of Oxford's main intercollegiate rowing event of the year. Colleges compete in coxed boats of eight along the River Isis, a length of the Thames. The Wolfson Boat Club is made up of both St Cross and Wolfson students.

This Women's Boat’s historic win coincides with the Wolfson College Boat Club’s 50th anniversary, celebrated this Saturday.  It was a stellar year for the WCBC all round, with teams made up of St Cross and Wolfson students becoming the best women’s second and third teams on the river and the Men’s third boat winning ‘blades’ and the best position they have ever held on the river. 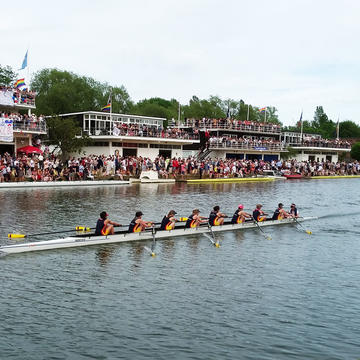 The Men’s first boat came in the top half of Division 1, held off Balliol for two days in a row and were bumped just once, finishing seventh on the river. The Men’s fourth boat ended the week six places higher than they started and the Women’s third boat finished as the highest Women’s third team on the river and their highest position ever. Well done to all who were competing for making both St Cross and Wolfson very proud colleges this year! 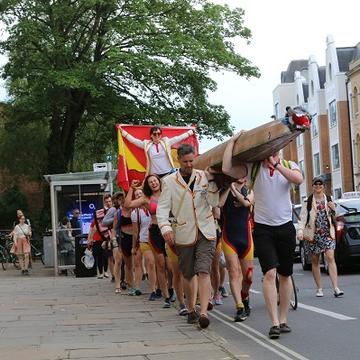 W1 parading their boat through Oxford