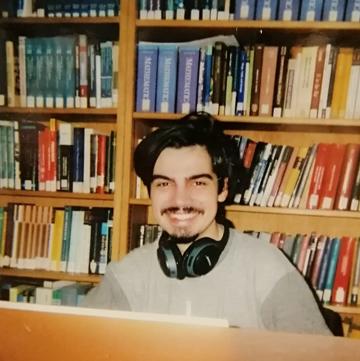 Joining us from: Andalucía, Spain

I grew up in Spain, in the southern region of Cádiz (Andalucía). After the 2008 crisis, I migrated to the UK in 2016 at the age of 18 to begin my higher education. Prior to joining Oxford, I studied an MSci in theoretical physics at UCL.

I am interested in cosmology, which is the branch of astrophysics that looks at the universe as a whole. I am particularly interested in the boundary between observations (what we actually see through telescopes) and theory (what we would have expected to see). I am most interested in questions that regard reconciling the two. My work so far has been primarily concerned with studying the apparent evolution of cosmological parameters (numbers similar to the speed of light) that were previously thought to be constant throughout time. Thus, my work attempts to find the origin of this spooky phenomenon and to model its behaviour. I was initially drawn to cosmology due to the fact that is one of the fields of physics in which the theory still struggles to explain what we see in the world, making it a very exciting field for new ground breaking discoveries. Moreover, I always liked looking at nice pictures of space.

In my free time, I like writing poetry and playing videogames. I am also very fond of outreach to bring science to talented individuals born in marginalized communities. In the past, I have volunteered as a transition mentor for UCL, as a school visitor for A-level students and as a maths tutor for students from difficult social-economic backgrounds.

My goals for the future are to have a happy life and to hopefully stay in academia to continue to contribute its commitment to benefit society and its lack of profit incentive. Thus, I am thankful at St Cross College for providing me with this scholarship which alongside the Science and Technology Facilities Council allowance have made pursuing these goals economically viable during this early stage.