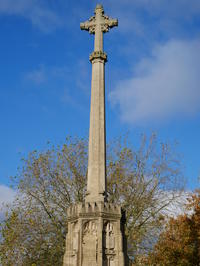 Ah, Week 5: the moment when we realise that we are halfway through term and wonder where on earth the time has gone. Others may think that students have short terms and plenty of time to relax and enjoy all that Oxford has to offer. We know that that’s not quite accurate.

College Life
The College held three Welcome Dinners for new students to meet College Advisors: it’s not always possible to match each student and their own Advisor to the same dinner – but a good meal is always an opportunity to  get to know other students and Fellows. There has been no shortage of conversation in Hall so far this term!

On 25 October we had an incredible evening of events. The Global Thinkers of the International series kicked off in the Lecture Theatre with Professor Leslie Bethell talking about Joaquim Nabuco. In the large seminar room, Sandy Brown talked about how her work as a ceramicist has developed over her career, and then joined us for a Special Dinner along with Anna Carragher, former head of the BBC in Northern Ireland. And our Dean, Mark Robinson, took a group around the Pompeii exhibition at the Ashmolean and then settled into answering questions in the bar.

On 31 October Marten Krijgsman revealed his skill as an organist, playing to a large and appreciative audience in a suitably atmospheric, candle-lit, Pusey Chapel. Sam Bruce read sections of Edgar Allen Poe’s poem ‘The Raven’ between pieces and a thoroughly spine-tingling time was had by all., followed by a wine and cheese evening in the bar.

On 1 November we hosted the first AfOx Insaka of the term and the Lecture Theatre was buzzing: Robtel Pailey talked about her anti-corruption childrens’ books and how they can help children challenge adults’ acceptance of corruption. Jake McNight, an alumnus of St Cross, talked about his experience of working on projects in Africa and his growing understanding of the need to fit, rather than ‘fix’, local cultures. The audience had great questions and points to make and the conversation continued to fizz over refreshments. 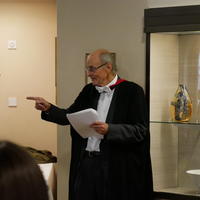 We hosted the last Degree Day celebrations for a while on 2 and 9 November. The first day was so windy that the photographers had to work indoors in case their cameras were blown over and the second was one of the wettest of a very wet autumn. But traditional St Cross hospitality, including a good lunch, overcame the elements and a suitably celebratory time was had by all.

On 6 November, the Humanities Division ran an ‘Humanities at Work’ panel discussion to give current students from across the University an insight into how to think about the huge range of careers open to them. This kind of event would not be possible without the facilities we now have in the West Wing and it is so encouraging to see those facilities being really well used, with follow-on receptions often happening back across in the Saugman Common Room.

The Development and Alumni Relations team is now at full, expanded strength with the arrival of Stuart Watson and Annabelle Saunders and, as a result, there is a lot of hot-desking going on in the team at the moment. They are going to be extremely busy in coming weeks as we have a great programme of events in train.

A great sadness of this half of the term was the news of the death of our Founding Fellow, Ruth van Heyningen. Ruth was a clinical researcher who spent much of her life supporting the newly formed St Cross College in many different ways. We were delighted to host her 100th birthday celebrations in College 2 years ago. Her obituary is here. 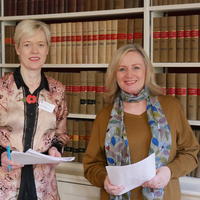 Around Oxford
The Oxford Access Project  launched a new website at Rhodes House on 4 November. The aim is to help students with particular needs to choose a College which best suits those needs. We’re working on a St Cross page which will be comparable to the page for Jesus College.

We’ve enjoyed a concert of baroque music given by La Serenissima in the Chapel of Trinity College and Duruflé’s Requiem in Merton College Chapel – as well as the rather different music of Van Morrison at the New Theatre. The annual Oxford Ceramics Fair, which brings nationally and internationally known ceramicists to the city (and encourages early Christmas shopping) was another great event.

The Oxford Preservation Trust’s Awards evening, held at St John’s College, provided an opportunity to admire the quality of conservation and new build that happens in and around Oxford – and also to marvel at the compering abilities of the Trust’s Chair, the wonderful Reverend Professor William Whyte. 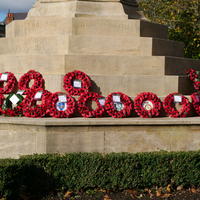 On 10 November the annual Remembrance Sunday commemoration was held at the War Memorial on St Giles. A large crowd heard prayers and readings from representatives of a variety of faiths and none. The two minutes’ silence was preceded by the sounding of The Last Post and completed by the sounding of Reveille. And on the theme of remembrance, it was an honour to join colleagues from Colleges, the University and the City, at a special day at St Catherine’s College to remember their late Master, Roger Ainsworth.

Wider horizons
I was pleased to be able to attend the Director’s Reception at the National Portrait Gallery which also marked the retirement of Pim Baxter, the Deputy Director, who had been at the Gallery for 23 years. 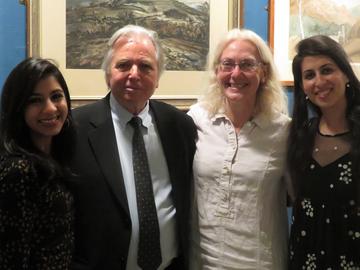 Next to come
In the second half of term, I’m looking forward to meeting more new students and learning from them how College can get even better at meeting their needs.  We welcome members of the Audrey Blackman Society, who have pledged a legacy to the College, for their annual lunch on 16 November and later that afternoon alumnus Ben Hebbert will talk about the Most Controversial Violin in History.  Alumna Professor Lisa Downing will talk about her new book, Selfish Women, on 22 November. Alumnus Doug Wigdor, a leading American employment lawyer, will be our Professional in Residence in Week 8, offering talks and workshops, one-to-one mentoring in Oxford and an event in London. Details are all on the events page of the website. There will be further talks in the Global Thinkers of the International series and lunch-time Flash Talks on a wide variety of subjects.

As we approach the end of term the College Christmas trees will appear in all their glory, there will be festive events in College and our annual Winter Drinks at the Oxford and Cambridge Club in London.  David and I will also be welcoming groups of DPhil students and JRFs to our house in Wellington Square. 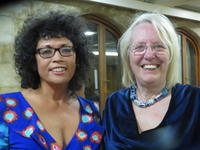 Elsewhere in Oxford, there’s the opening of the ICON exhibition at The Old Fire Station, recreating iconic photographs with the help of those who have experienced homelessness in Oxford; TORCH’s Humanities Light Night: ‘Oxford Research Unwrapped’ and ‘The Lovely Bones’ at the Oxford Playhouse. The Playhouse will close the year with its traditional Christmas pantomime (a real experience for those who’ve never seen a British pantomime before – and definitely not just for the children).

And for those of you who like a challenge: where in Oxford can you find this tiny door? 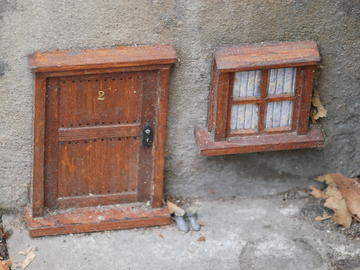