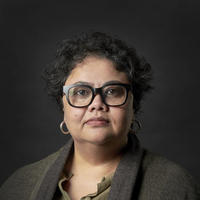 St Cross Fellow by Special Election Dr Mallica Kumbera Landrus, Professor for the History of Art in India and head of the Department of Eastern Art at the Ashmolean Museum, is the curator of an upcoming exhibition featuring the work of Ali Kazim, one of Pakistan's leading artists. The exhibition forms part of Kazim’s tenure as the University of Oxford’s first South Asian Artist-in-Residence and will mark the 75th anniversary of the creation of Pakistan.

The exhibition ‘Suspended in Time’ will show 23 works including new pieces made from 2019-2021, alongside objects from the Ashmolean’s collections which have inspired Kazim’s work. It can be seen from 7 February to 26 June 2022 at the Ashmolean Museum.

It is hugely exciting to bring one of Pakistan’s most talented contemporary artists to the Ashmolean in 2022 - the 75th anniversary of the country’s creation. Ali Kazim has created a beautiful body of work for this exhibition. It offers a profound engagement with the Museum’s collections and the art and history of the subcontinent. Ali has a unique ability to make images that are simultaneously timeless and like nothing you’ve seen before. 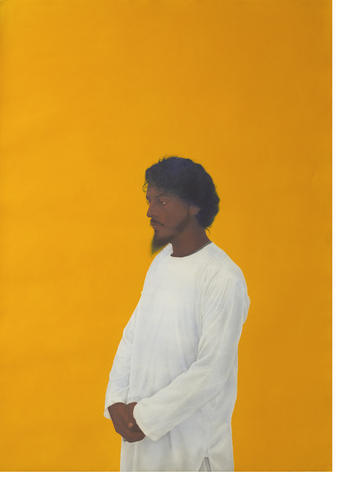 Ali Kazim's work is mainly inspired by the landscapes and ancient civilisations of Pakistan and the subcontinent, and the endless possibilities of the human body. He has exhibited in group and solo exhibitions across the world and his work is held in major collections including the Metropolitan Museum of Art, New York, the British Museum and the V&A.

In 2019, Oxford’s Classical Art Research Centre, in collaboration with the Ashmolean, invited Ali Kazim to be Artist-in-Residence on the Gandhara Connections Research Programme. During this period he spent time at the Ashmolean studying and responding to the collections which have inspired his three-dimensional works in clay and terracotta. At the Ashmolean, he continued his engagement with Mughal and Rajput painting, as well as Company School art – works made by 18th and 19th-century Indian painters who had often trained in late-Mughal techniques.

During my artistic residency, the ability to see works closely, touch, and hold them, was an exceptional opportunity. To now be part of a show with works I have admired, and observed closely, is a privilege.