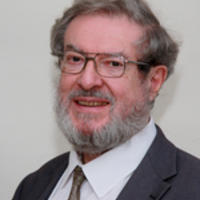 Professor Smith has been recognised along with three other distinguished scientists, who have all been selected for their outstanding contributions to microscopy and related branches of science.

Professor Smith is an internationally-recognised pioneer in atom probe field-ion microscopy, and his 50-year career has led to significant developments in the scientific understanding of materials and microstructural characterisation at the atomic scale.

Under his direction, the Oxford Group made major advances in atom probe analysis, and with Professor Alfred Cerezo and Terence Godfrey he developed the first 3-Dimensional Atom Probe: The Position Sensitive Atom Probe (PoSAP), revolutionising the atom probe technique for atomic scale microanalysis, a development which garnered numerous awards.

He is a recipient of the Beilby Medal and Prize (1985), the Rosenhain Medal (1991) the Acta Materialia Gold Medal (2005), the Institute of Materials Platinum Medal (2006), and the Royal Society Armourers and Brasiers' Company Prize (2020), amongst others. He is author or co-author of two books and over 425 scientific papers. Together with Oxford colleagues, he founded a spin-out company, Oxford Nanoscience Ltd., which is now part of Cameca Instruments Inc. From 1997 to 2005 he served on the Council of the UK Institute of Materials, Minerals and Mining. From 2000-2005 he was Head of the Department of Materials at the University of Oxford. From 2005-2009 he was a member of the Advisory Council of the British Library.