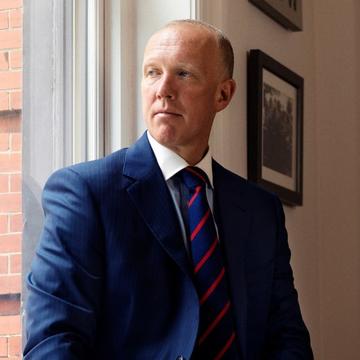 Doug Wigdor, employment lawyer, St Cross alumnus and our inaugural Professional in Residence, represents several of the women who came forward with allegations of sexual assault and rape against Harvey Weinstein. After Weinstein's recent conviction of rape and sexual assault on Monday, Wigdor has addressed the media a number of times. On CNN, Wigdor called the verdict a 'big victory' and on BBC Radio 4, he described the prosecution's strategy. Wigdor is also quoted in Hollywood Reporter, USA Today, Variety, Vulture, in addition to appearing on ITV and Reuters.

Many current students and members of the St Cross College community had the opportunity to meet and speak with Wigdor when he visited the College last December as part of its Professionals in Residence programme. During his week-long stay, he discussed how the #MeToo Movement has changed the prosecution of cases like Weinstein's, using examples from his storied career representing victims of workplace discrimination, harassment, and sexual assault. You can keep up to date with Doug's work by following him on Twitter (@WigdorLaw), and for more details about our Professionals in Residence programme, please contact Victoria Cox, Head of Development & External Relations.

More news from our alumni