The Principal of Pusey House was honoured at Lambeth Palace and recently hosted former Archbishop, George Carey, for a special Evensong 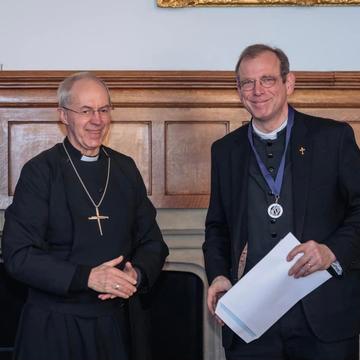 The Reverend Dr George Westhaver has been presented with the Dunstan Award for Prayer and the Religious Life. Given by the Archbishop of Canterbury, the Most Reverend Justin Welby, at a ceremony held at Lambeth Palace, Father George was honoured for his outstanding service as Principal of Pusey House since 2013 and for keeping up the witness of the Church to the World before and through the pandemic.

As Principal of Pusey House, Father George has reinvigorated the institution and once again made it a beacon in Oxford, faithful to its founders’ vision of a place of worship, of learning and of spiritual guidance

“As a priest, his attentive and benevolent presence ensures that learning and Christian love cohabit in this House,” stated Lambeth Palace.  “Dr Westhaver is also a keen advocate for the Catholic heritage of the Church of England.”

Father George joined Pusey House in August 2013. He grew up near Halifax, Nova Scotia, in Atlantic Canada. He studied philosophy and anthropology at McGill University, Montreal, and International Development Studies at St Mary's University in Halifax. He then read for a Master of Divinity degree at Wycliffe College, one of the member colleges of the Toronto School of Theology.

“Through his dedication and his resolve to allow people to have access to the sacramental and spiritual nourishment of the Church of England in the midst of a global pandemic, Dr Westhaver has made sure that the doors of the Church remained as open as the sanitary conditions allowed,” said the Archbishop’s Office.

This presence endures in real life, and over the Internet on Pusey House’s YouTube channel and Facebook feed, stated the Palace. “Far from retreating into his chamber, Dr Westhaver has gone out into the world and made sure that Christ’s light could shine to all men through the ministry of Pusey House.”

The Dunstan Award for Prayer and the Religious Life was first awarded by Archbishop Justin Welby in March 2016. It is named after St Dunstan, Archbishop of Canterbury from 960-978, who has been credited with reforming monastic and spiritual life in England. The design embodies a pierced motif of flames.

The award recognises those who have made outstanding contributions to the renewal of prayer and the religious life, which is the first of Archbishop Justin’s ministry priority areas.

Father George more recently hosted the former Archbishop of Canterbury, George Carey, for a special Evensong at Pusey House - held in association with the Oxford Literary Festival. Before the service, Carey and his wife Eileen had an opportunity to view some of Newman's letters held in the library and to meet members of the House over tea. 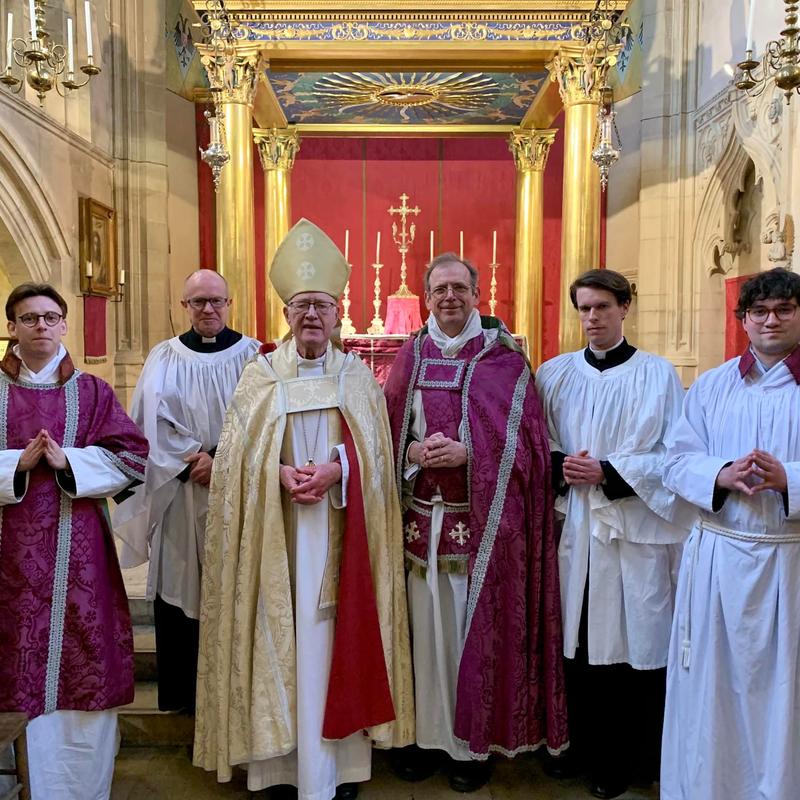