An Van Camp discovers Ashmolean painting was made in Rembrandt's workshop

An Van Camp discovers Ashmolean painting was made in Rembrandt's workshop 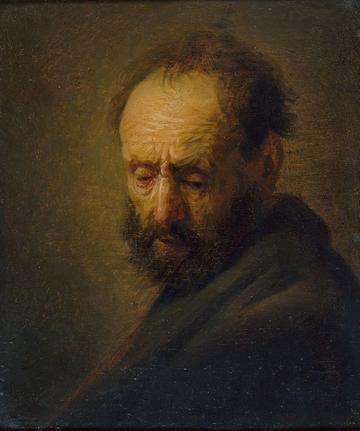 St Cross Fellow and Ashmolean Museum curator An Van Camp has established that a painting kept in the museum's storeroom, was in fact created in Rembrandt's workshop in Leiden. Acquired as an original Rembrandt painting in 1951, the attribution to Rembrandt had been rejected in 1982 and never revised since. Van Camp, who had long suspected that 'Head of a Bearded Man' was too close to Rembrandt's early style to be fully rejected, had her expertise vindicated by dendrochronologist Peter Klein, who confirmed that the wood panel on which it was painted came from the same tree used for Rembrandt’s 'Andromeda Chained to the Rocks' and Jan Lievens’ Portrait of Rembrandt’s Mother. 'Allowing a minimum of two years for the seasoning of the wood,' Klein said, 'we can firmly date the portrait to 1620-30'. This discovery places the panel painting in Rembrandt's Leiden workshop around 1630. Additional research is underway to determine whether or not Rembrandt himself contributed to this painting.

The Ashmolean has now moved 'Head of a Bearded Man' from its storage in the basement on display in the 'Young Rembrandt' exhibition, which was co-curated by Van Camp. 'It is very exciting,' Van Camp said. 'to bring this painting back in the fold of Rembrandt scholarship and I can't wait to conduct further research once lockdown is over.'

The Young Rembrandt exhibition is open at the Ashmolean Museum until 1 November.