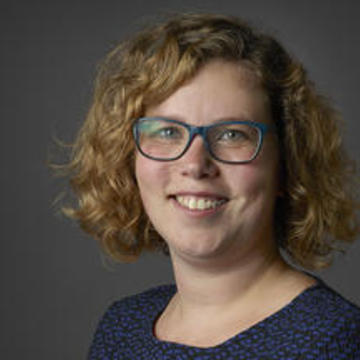 As the curator of Northern European Art my research is largely focused on art made in the modern-day regions of Belgium, The Netherlands and Germany. Since I joined the Ashmolean in 2015 I have curated a display of Rembrandt’s earliest known paintings featuring allegorical scenes of The Five Senses, 'Sensation: Rembrandt's First Paintings' (16 September–27 November 2016). I recently redeveloped the Dutch Gallery (Room 45) into the Dutch and Flemish Gallery in order to highlight the Ashmolean’s Flemish paintings from the 17th century.

I am currently collaborating with Museum De Lakenhal (Leiden, The Netherlands) on a major research project focusing on Rembrandt as a young artist. Following this project an international loan exhibition will be organised in Leiden and Oxford in autumn 2019 and spring 2020. I am also compiling an exhaustive collections catalogue of the Ashmolean’s Northern drawings (around 1,500 sheets) as these were last published by K.T. Parker in 1938. I have a great passion for old master prints and am currently researching the print collection of Francis Douce, which was bequeathed to the University of Oxford in 1843 and transferred from the Bodleian Library to the Ashmolean Museum in 2003. I am also responsible for the documentation and digitisation of the graphic collections held at the Western Art Department. In this capacity I train and supervise staff, interns and volunteers working on the collection database, in particular on the graphic works.

Biography
As the curator responsible for Northern European Art I am responsible for the museum’s Dutch, Flemish and German prints, drawings and paintings. I joined the Western Art Department at the Ashmolean in September 2015. I am involved in teaching and research at the University of Oxford (Faculty of History) and am a Fellow of St Cross College. Previously I worked in the Department of Prints and Drawings at The British Museum, first as Cataloguer of the Dutch and Flemish prints before 1900 (2006–10 during which I created almost 15,000 records for the Museum’s online database) and later as Curator of Dutch and Flemish Prints and Drawings (2010–15). At The British Museum I curated small displays on the graphic works of Adriaen van Ostade and David Teniers the Younger (2010), and Hercules Segers (2012). In 2015 I co-curated a major international exhibition on metalpoint drawings, 'Drawing in Silver and Gold', shown at the National Gallery of Art in Washington and the British Museum in London. I was also the Lead Curator of eight Asahi Shimbun Objects-in-Focus Displays at The British Museum (2014–15).
Before I joined The British Museum I studied History, Archaeology, Art History and Museum Studies at the Katholieke Universiteit Leuven (Belgium) and at University College London.

Between 2010 and 2017 I was a member of the programme committee of CODART (International Network for Curators of Art from the Low Countries) and continue to be a regular member. In 2013 I was the laureate of the Christoffel Plantin Prize which recognises a Belgian living abroad who is active in the cultural, artistic, scientific or social sector and whose work contributes to the prestige of Belgium abroad.