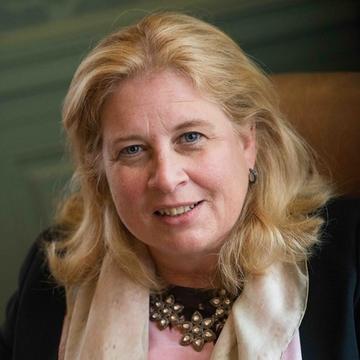 Founder and Director of Bard Graduate Center for the Decorative Arts, Design History, and Material Culture

Dr Susan Weber is founder and director of Bard Graduate Center for the Decorative Arts, Design History, and Material Culture (BGC) in New York where she is the Iris Horowitz Professor in the History of Decorative Arts. Established in 1991 the graduate research institute offers both  Master of Arts and Doctor of Philosophy degrees.  She holds a PhD. from the Royal College of Art, London and is the author of many award-winning books and articles including  The Secular Furniture of E.W. Godwin and History of Design (with Pat Kirkham). She is also the editor or co-editor and contributing author to a range of publications, including  E.W. Godwin: Aesthetic Movement and Designer (1999), James “Athenian” Stuart, 1713-1788: The Rediscovery of Antiquity (2006), The American Circus (2012), William Kent: Designing Georgian Britain (2013) and John Lockwood Kipling : Arts and Crafts in the Punjab and London (2017). She has curated many shows at the BGC in conjunction with the Victoria and Albert Museum, London; the Musée des Arts Décoratifs, Paris; and the Villa Giulia, Rome. She is the recipient of many awards, including the Soane Foundation Honors from Sir John Soane’s Museum Foundation, the Philip C. Johnson Award of the Society of Architectural Historians, and the College Art Association’s Alfred H. Barr Jr. Award.

Currently, she is working on the catalogue and exhibition for Majolica Mania in conjunction with the Walters Art Museum, Baltimore.