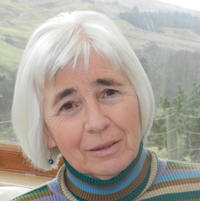 Susan held various positions in digital humanities at Oxford University Computing Services from 1975 to 1991, the last being Director of the Computers in Teaching Initiative Centre for Textual Studies and of the Office for Humanities Communication. She was delighted to be elected to an Emeritus Fellowship at St Cross in 1991 when she moved to the USA to become Director of the Center for Electronic Texts in the Humanities at Rutgers and Princeton Universities. From 1997 to 1999 she was Professor and Director of the Canadian Institute for Research Computing in Arts at the University of Alberta. In January 2000 she became Professor of Library and Information Studies at UCL and from 2001 was also Director of the School of Library, Archive and Information Studies at UCL until her retirement in 2004.

She is the author of three books and over seventy articles on text analysis and the Oxford Concordance Program, on developing and managing electronic resources in the humanities, and on markup systems for the humanities. She has given invited lectures in the USA, Canada and Australia as well as several European countries and was a Member (twice Chair) of the Steering Committee for the Text Encoding Initiative (TEI), an international project funded in the USA and Europe which developed guidelines for the representation and encoding of machine-readable humanities resources.

Susan was Chair of the Association for Literary and Linguistic Computing from 1984 to 1997 and at the Association’s conference in Gothenburg in 2004 she was presented with the Busa Award for outstanding lifetime achievements in the application of information and communications technologies to humanistic research.