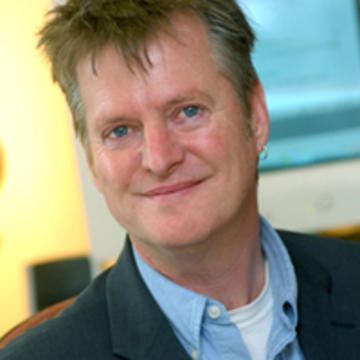 Steve Strand has been Professor of Education at the University of Oxford since January 2013.

Previously he was Professor of Education at the University of Warwick (2005-2012), Senior Assessment Consultant and Head of Research and Data Analysis at GL assessment, the UK’s leading educational test and assessment publisher (1998-2005), and Head of Research and Evaluation at Wandsworth (1990-1998) and at Croydon (1988-1990) Local Education Authorities, and in these roles was responsible for pioneering work on ‘value added’ analyses of school effectiveness. He holds a BA First Class (1982) and PhD (1989) in Psychology.

His research interests are in ethnic, social class and gender gaps in a wide range of educational outcomes (e.g. achievement, progress, special education, exclusion) and he is particularly interested in the interface between equity and school effectiveness. He has worked extensively with Government departments, Local Authorities and individual schools on the analysis of pupil achievement data and school effectiveness. His methodological expertise is in the quantitative analysis of large and complex longitudinal datasets such as the Longitudinal Study of Young People in England (LSYPE) and the National Pupil Database (NPD). He leads the Quantitative Methods (QM) hub in the Oxford Department of Education.

Steve is the author of over 100 peer-reviewed journal articles, book chapters and research reports (see details below). Recent research projects include: a review of socio-economic deprivation and student participation and achievement in science (Educational Endowment Foundation (EEF) & Royal Society); ethnicity, deprivation and trends in achievement for the England Department for Education (DFE); a review of English as an Additional Language and achievement for the EEF; an RCT evaluation of a maths intervention for the EEF; and a review of the educational progress of looked after children for Nuffield.

He has been Special Adviser to the House of Commons Education Select Committee Inquiry into the Underachievement in Education of White Working Class Children (2013-2014); Consultant to the England Department for Education Black Pupil’s Achievement Group (2007-2009) and Gender Agenda (2007-2008); a member of BERA Executive Council (2000-2003) and the AQA Research Committee (2010-2013). He is a member of the editorial boards of the British Educational Research Journal, British Journal of Sociology of Education, Oxford Review of Education and Research Paper in Education.