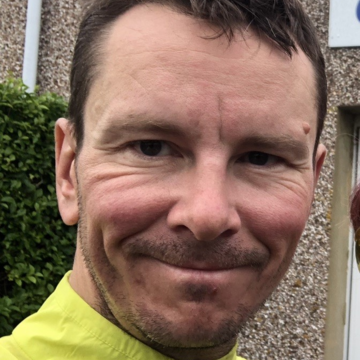 Matt Jarvis grew up Swadlincote, a small town in Derbyshire, but very close to the brewing capital of England, Burton on Trent. He read Physics with Astrophysics at the University of Birmingham, graduating in 1997. He then went on to do a DPhil in Astrophysics at Oxford on the evolution of radio galaxies (galaxies with black holes that are accreting material and then expelling large jets of particles).

After finishing his DPhil in 2000, he moved to the University of Leiden in the Netherlands to take up a postdoctoral fellowship, where he diversified in his research somewhat, and published one of the first papers on measuring the mass of black holes in the distant Universe. He moved back to Oxford in 2002 on a STFC-funded postdoctoral position, and in 2006 took charge of the science simulations for the Square Kilometre Array (SKA), before moving to a permanent faculty position and UK Research Council Fellowship at the University of Hertfordshire.

Over the last three years he has also held a visiting SKA Professorship at the University of the Western Cape in South Africa, and returned for his third stint at Oxford in October 2012, when he took up a University Lectureship in Physics. He leads several international projects, including the VISTA Deep Extragalactic Observations (VIDEO) Survey on ESO's VISTA near-infrared survey telescope, two surveys with the Jansky Very Large Array radio telescope, and the large radio continuum survey with the MeerKAT (South African SKA precursor telescope). He plays a central role in the science working group for the SKA. In 2014 he was promoted to Professor of Astrophysics, and he is now also Associate Head of MPLS for People.

When not working you can usually find him playing or watching sport.