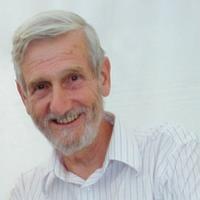 In 1973, I was appointed Professor of Social and Community Medicine at Oxford University and also became a Fellow of St Cross College.  My department was re-named on a number of occasions, ending up as the Department of Public Health and Primary Care.  I remained head of this department (which grew greatly in size and range of work over the years) until my retirement in 2000.

I served on numerous national and international bodies over the years, of which the World Health Organisation perhaps deserves special mention, and had to retain broad interests because of the nature of my department.  However, my special research interests lay in two main areas, namely women’s health and the safety of therapeutic drugs.  Under the former heading I worked extensively on fertility control methods, on the menopause and its consequences, on breast cancer and the reproductive cancers, and on screening especially for breast cancer and cancer of the cervix uteri.  Under the latter heading I worked closely with the Committee on Safety of Medicines, serving this body in one capacity or another for over 30 years.

In 1991, I was appointed a Fellow of the Royal Society and in 1994 was awarded the CBE for services to medicine.

I have published over 400 original scientific papers, reviews etc, 40 of them during my years of retirement. I have also edited 3 books.