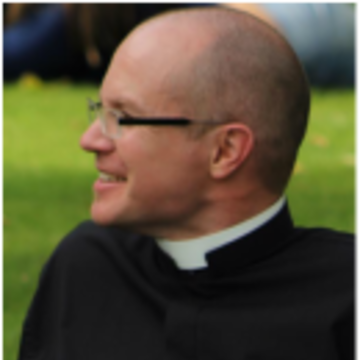 The Rev'd Mark Stafford joined Pusey House in September 2014. After graduating from Liverpool University in Modern Languages, and from National  Circus Schools in Paris and Bristol, he spent the best part of a decade as a Circus Performer, before running away from the Circus to join the Church.  Mark trained for Ordination at Ripon College, Cuddesdon, and has served as Assistant Curate in the Parish of St. Barnabas and St. Paul, Jericho, and as  Junior Chaplain at Merton College, since being ordained. Before coming to Oxford, Mark was the founder and Director of the Youth Charity 'redthread', and lists among his interests football, duelling weapons of the 18th Century, and Group Analytic Psychotherapy. He is currently part-way through an MA in one of these disciplines. He is married to Lizzie, who is a Research Nurse - they have two young children, and are both studying the effects of chronic sleeplessness on the human nervous system.