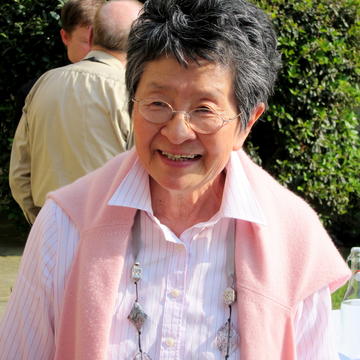 The Revd. Dr. Margaret Yee is Emeritus Fellow of St. Cross College, Oxford, and a member of the Crawford Miller Board of Management Committee, for Oxford-Australia Visiting Fellows concerned with research into human consciousness and spirituality. She is a member of the Faculty of Theology and Religion for which she tutors and lectures, and a Member of the British Psychological Society.

Her major research work is concerned with principles of knowing: science, humanities and theology, with special reference to the history and philosophy of science and the thought of Austin Farrer, particularly his metaphysics and philosophical theology.

She served as College Chaplain of Nuffield College (1989-2005), Chairman of Examiners for the Master of Studies in Science and Religion (2004-6) and Associate Director of Ian Ramsey Centre (Theology Faculty) Oxford (1996-2008). She is currently Director of a major project on "Morality of Profit - The Oxford Method" involving cross-disciplinary exchange with economists, philosophers and theologians. As Chairman and Joint Convener of Sophia Europa Oxford, she was responsible for the “Dialogue Event” held in the Sheldonian Theatre Oxford in February 2012, in which the Archbishop of Canterbury, Prof. Richard Dawkins and Sir Anthony Kenny took part in the presence of the Chancellor of the University of Oxford. The theme was: The Nature of Human Beings and the Question of their Ultimate Origin.  The podcast of this globally live-streamed event is accessible at www.originsofnature.com.