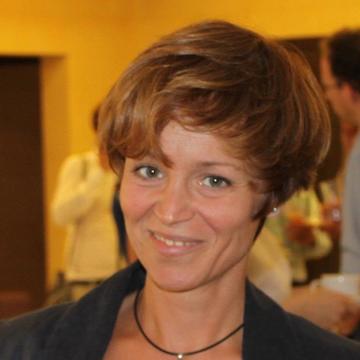 Professor of Molecular and Cell Biology

Our research is focused on gaining a greater understanding of how homologous recombination (HR), the major DNA repair pathway in mammalian cells, helps to prevent genomic instability, the underlying mechanism of many cancers. In particular, we study how tumor cells lacking BRCA1 or BRCA2 gene function differ from normal cells in their responses to exogenous damage induced by ionizing radiation, as well as to cell-intrinsic challenges that arise during DNA replication.

Madalena Tarsounas is Professor of Molecular and Cell Biology (since 2015) and a CRUK Senior Group Leader within the Oxford Institute for Radiation Oncology (since 2006).

After obtaining her PhD at York University in Toronto, Canada (1999), she undertook postdoctoral training at the CRUK Clare Hall Laboratories of the London Research Institute (1999-2005), where she held postdoctoral fellowships from the European Molecular Biology Organization (EMBO) and the Breast Cancer Campaign. In 2010, she was elected EMBO Young Investigator. In 2011 Madalena has initiated the EMBO Conference Series on ‘DNA damage responses in cell physiology and disease’ held in Cape Sounio, Greece, which has since become a biennial international event.