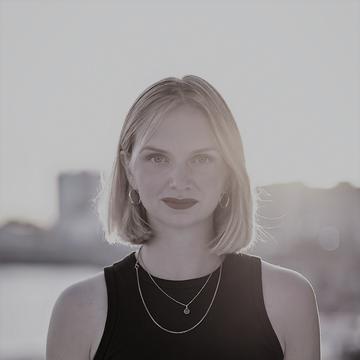 Currently based in: Berlin

Talk to me about: Foreign Policy, Governance, Civil Society, Feminism

Kristina is the co-founder and co-CEO of the Centre for Feminist Foreign Policy, an award-winning human rights activist, and former advisor to the German Federal Foreign Office. She’s been known for her feminist work for several years and been interviewed by and portrayed in numerous international media outlets. She was named as Forbes 30 under 30 (in both Europe and DACH), is a Handelsblatt/BCG “Vordenkerin 2020”, a Focus magazine “100 Women of the Year 2020", an Atlantik Brücke Young Leader, Ashoka Fellow as well as BMW Foundation Responsible Leader. She is a first generation university student with a graduate degree from Oxford University.

The Centre for Feminist Foreign Policy is a charitable NGO based in London and Berlin, and the world’s first research and advocacy organisation promoting an intersectionally feminist and people-centred approach to foreign policy. Feminist Foreign Policy seeks to rebalance power inequalities which perpetuate systemic violence through capitalism, colonialism, and imperialism. It does so by providing a political framework which is informed by the everyday experiences and needs of people who are affected by the policy decision.

Advice to St Cross students: Don't take 'No' for an answer (unless it's for sexual relations).