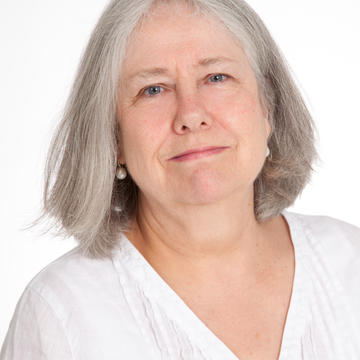 Kate Venables read Physiology and Medicine at St Bartholomew’s Hospital, University of London, and worked as a junior doctor in general and respiratory medicine at hospitals in London.  After a prize-winning master’s at the London School of Hygiene and Tropical Medicine she became a Lecturer at LSHTM, then Senior Lecturer in Epidemiology at the National Heart and Lung Institute (Imperial College).

At NHLI, her doctoral work described a new cause of occupational asthma and her subsequent research included studying exposure-response relations for occupational asthma, interactions with smoking, methods for epidemiological studies, and long-term follow-up. She spent a sabbatical year at Harvard School of Public Health and, on her return to the UK, chaired a group which investigated a large outbreak of thunderstorm-related asthma which affected London and the South-East.

She made a mid-career move to Oxford, where she is now an Emeritus Reader. At Oxford, she led a study of mortality and cancer in a cohort of 20,000 military veterans exposed to low levels of chemical warfare agents in experiments at Porton Down in the Second World War and during the Cold War. She continues to work on this cohort in collaboration with colleagues from Kings College London.

Her research on aetiological epidemiology led to many scientific publications and she ran a major conference on occupational epidemiology at Oxford in 2011, the 22nd in an international series, and published a book ‘Current Topics in Occupational Epidemiology’ in 2013 with Oxford University Press which brought together themes from that conference. Her professional career has included advisory work for the UK and US governments, European Union, and World Health Organisation.

She is also a writer and has published poetry and short stories. She ran an international poetry competition to celebrate St Cross College’s fiftieth anniversary in 2015 and edited the prize anthology ‘Four Corners’. Copies are available from development@stx.ox.ac.uk.

She is currently working on a book which mixes medical history with memoir and biography.