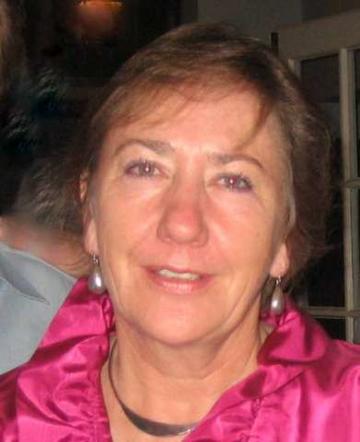 Born and educated in South Africa, Katharine completed a BA in Fine Art at the Michaelis School of Fine Art, University of Cape Town. After an initial post as an illustrator at the South African Museum in Cape Town she spent 4 years in the Departments of Archaeology and Palaeontology excavating and working on bones from archaeological and fossil deposits. Here she published the first evidence of the arrival of domestic animals in sub-Sarahan Africa 2,000 years ago.

Katharine furthered her studies in archaeology and palaeontology, firstly in Cape Town and then at Cambridge. She spent several years as field assistant to Prof Charles McBurney in Cambridge and later described the spectacular mammoth remains from his excavations at La Cotte de St. Brelade on Jersey. An SERC scholarship enabled her to embark on PhD research at Cambridge studying British fossil mammals from the Last Ice Age.

Since 1989 she has directed excavations at various Upper Thames Quaternary sites in gravel pits. The most notable of these was a 10 year excavation of the 200,000 year old deposits at Stanton Harcourt near Oxford, now one of the largest excavated fossil assemblages of its age in Britain.

Katharine was made a Research Fellow (by Special Election) in 1994.