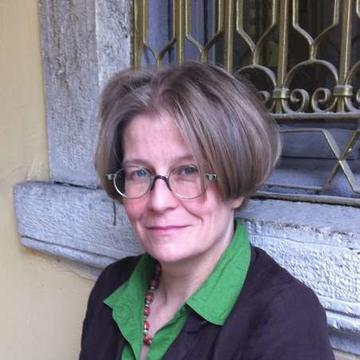 Professor Pfeiffer's research concentrates on the history of late medieval and early modern Islam, with a particular focus on the intellectual history of the 13th to 16th centuries. Having completed her M.A. at the University of Cologne and her doctorate at the University of Chicago, she has worked and studied for more than five years in the Middle East (Syria, Iran, and Turkey). She has published Twelver Shî‘ism in Mongol Iran (1997; 21999), has edited or co-edited History and Historiography of Post-Mongol Central Asia and the Middle East (2006), Ghazal as World Literature II (2006), and Theoretical Approaches to the Transmission and Edition of Oriental Manuscripts (2007), and is editor of the Journal of Islamic Manuscripts. She is currently preparing for publication an annotated edition of an early 14th century composite work on philosophy and theology (Rashīd al-Dīn, Bayān al-Ḥaqā'iq), and works on a monograph on conversion to Islam in the Mongol Ilkhanate.

Professor Pfeiffer joined the Fellowship of St Cross and the Faculty of Oriental Studies in 2003, where she held a number of academic, pastoral, and administrative roles. As a UL in Arabic/Islamic History, Professor Pfeiffer taught a wide variety of undergraduate and graduate classes, including historical texts in Arabic, Persian, and Ottoman Turkish.