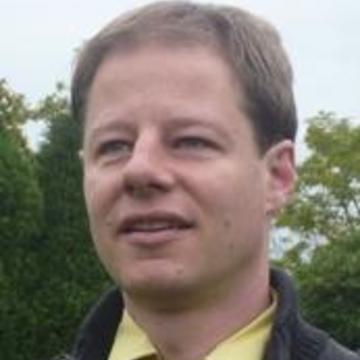 Jörg Friedrichs is Official Fellow at St Cross College and Associate Professor at the Department of International Development (Queen Elizabeth House). Taking a broad transdisciplinary approach to academic research, his main interests are in the fields of international relations and political sociology.

Among other things, Jörg has proposed a new intercultural theory of international relations.

Jörg’s most recent book is on Hindu-Muslim Relations: What Europe Might Learn from India (2018). Coming from an increasingly multicultural and multi-religious Europe, he has worked on relations between Muslims and non-Muslims outside the west. In the context of the same project, he has also published on Han-Muslim relations within China, as well as China’s relations with its Muslim-majority neighbouring countries. Building on this experience, Jörg has now started to investigate relations between Muslims and non-Muslims in England. His aim is to study a diverse set of urban neighbourhoods in East London, Birmingham, and Halifax (West Yorkshire).

Jörg studied Classics at the universities of Munich, Tübingen and Rome, finishing with a book on political rhetoric in the work of the ancient Greek historian Thucydides (2000). His doctoral studies in Political Science at Munich led to another book on European Approaches to International Relations Theory (2004). His postdoctoral research led to a third book, entitled Fighting Terrorism and Drugs: Europe and International Police Cooperation (2008).

His fourth book was entitled The Future Is Not What It Used to Be: Climate Change and Energy Scarcity (2013).

Jörg has published on other topics ranging from denial and self-deception to security regionalism in East Asia and from pragmatic research methodology to Christian minorities in India and China. His articles have appeared in peer-reviewed journals such as International Organization, International Theory, and Philosophical Psychology.