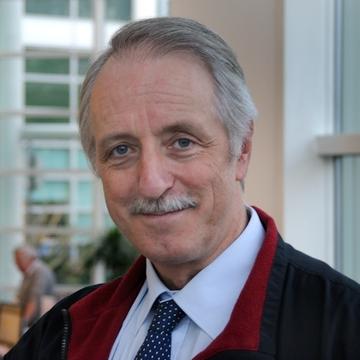 John Pethica is a materials physicist known for his work on nanoscale mechanics. He invented the technique known as nano-indentation for measuring very small scale mechanical properties. This is now used worldwide in both basic research and across the thin films and coatings industries. He introduced the concepts of forces acting in tunnel microscopy, which led to the atomic force microscope, very widely used for high resolution surface and atom imaging.

John was Professor in materials science at Oxford till 2001 when he moved to Trinity College Dublin where he founded the CRANN nanoscience centre and the Naughton Institute. He has also worked in industry in Switzerland and founded and directed successful technology companies in the USA.