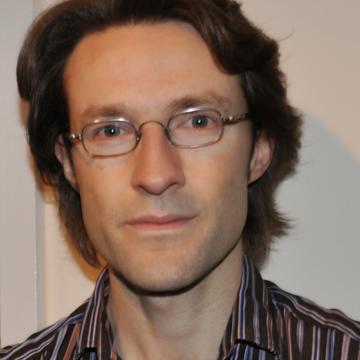 John Gledhill is Associate Professor of Global Governance in Oxford's Department of International Development, and a Fellow of St Cross College.

Before coming to Oxford in 2011, he was an LSE Fellow in Global Politics at the London School of Economics, and he has previously taught at Georgetown and George Washington universities.

In his research, writing, and teaching, John investigates diverse themes of peace and conflict, including peacekeeping and peacebuilding, conflict processes, state formation and dissolution, and (transnational) social mobilisation.

​​His recent academic writings have appeared in journals such as the European Journal of International Relations, Civil Wars, International Studies Perspectives, and Globalizations.

John teaches on the MSc in Global Governance and Diplomacy. In 2013, he received a Teaching Excellence Award for his work at the University of Oxford, and he had previously received the same award for his teaching at the London School of Economics.

He is a member of the Steering Committee of OxPeace, which is a group that brings together scholars and practitioners around Oxford who are committed to promoting the study of peace, peacemaking, peacebuilding, and peacekeeping. He sits on the Council of the Conflict Research Society, is a (Visiting) Research Fellow at the Asia-Pacific Centre for the Responsibility to Protect (University of Queensland), and was a Visiting Fellow in the Department of Government at the University of Sydney in 2019. ​​​​​​

​He holds a PhD in Government from Georgetown University, and he received the University Gold Medal for his undergraduate work at Trinity College, Dublin.