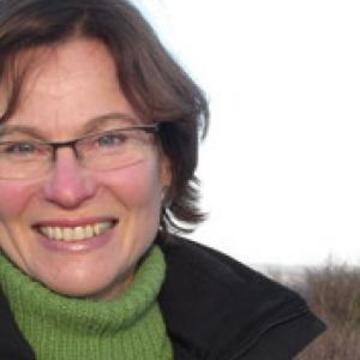 Helena Hamerow is Professor of Early Medieval Archaeology and Director of the Institute of Archaeology. Her research deals primarily with the archaeology of early medieval communities in NW Europe and recent publications include The Oxford Handbook of Anglo-Saxon Archaeology (2011) and Rural Settlements and Society in Anglo-Saxon England (2012) both published by Oxford University Press.

She is currently PI of an ERC-funded project, ‘Feeding Anglo-Saxon England: The Bioarchaeology of an Agricultural Revolution’ which is investigating the expansion of cereal farming that fuelled the steep population growth seen in early medieval Europe and underpinned the rise of lordship. She is co-Director of the School of Archaeology’s excavation at the Roman ‘small town’ at Dorchester-on-Thames, which is examining the Roman to post-Roman transition in the fifth and sixth centuries, and the settlement’s transformation in the seventh century into a centre of national importance as the centre of the first bishopric of Wessex (www.arch.ox.ac.uk/DOT1). She is also PI of the ‘Origins of Wessex’ Pilot Project, which is examining the formation of the first post-Roman supra-local communities in the Upper Thames Valley, the early heartland of the West Saxon kingdom (www.arch.ox.ac.uk/wessex).

Helena Hamerow is Editor of Anglo-Saxon Studies in Archaeology and History, a General Editor of the OUP series, Medieval History and Archaeology, and on the editorial Board of the Oxford Journal of Archaeology. She is a Commissioner of Historic England, serves on the Board of Directors of Oxford Archaeology, is an Elected member of Council, and a member of the Board of Visitors of the Pitt-Rivers Museum.