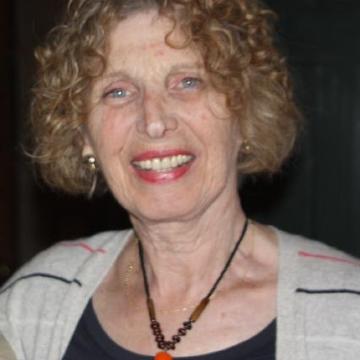 
Glenda Abramson was born in Johannesburg, South Africa and received her PhD from the University of the Witwatersrand, Johannesburg. Formerly Cowley Lecturer in Post-Biblical Hebrew at the University of Oxford she now holds the titles of Emeritus Professor of Hebrew and Jewish Studies and Emeritus Fellow of St Cross College and of the Oxford Centre for Hebrew and Jewish Studies. Her field of expertise is Modern Hebrew Literature and lately she has been researching life writing in the context of the First World War.

Her publications include Modern Hebrew Drama, The Writing of Yehuda Amichai, Drama and Ideology in Modern Israel, Hebrew Writing of the First World War, Soldiers’ Tales and essays on modern Hebrew literature and Jewish culture.  Among edited books: The Encyclopedia of Modern Jewish Culture; The Oxford Book of Hebrew Short Stories and Religious Perspectives in Modern Muslim and Jewish Literatures (with Hilary Kilpatrick). She is editor-in-chief of The Journal of Modern Jewish Studies.