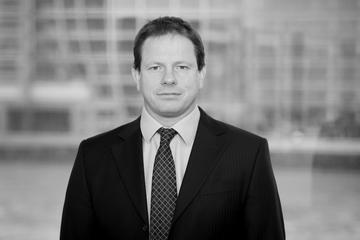 Currently based in: London, UK

Edward Dickinson is European Head of Leveraged Finance and Sponsor Coverage at Royal Bank of Canada.

In 1993, he went to St Cross and obtained a Diploma in Social Sciences. After leaving Oxford, Edward qualified as a solicitor and spent 6 years in the City for Lewis Silkin and Morgan Lewis LLP working in the corporate finance and banking teams on European and US transactions. In 2002, he went on to pursue his Masters of Business Administration (MBA) at Cranfield Management School. After earning his MBA, he worked in the Origination and Execution for CIBC’s European Leveraged Finance department. Prior to this, he worked in Calyon’s Leveraged Finance team in London.

Edward joined RBC Capital Markets in 2008 as a Director in European Leveraged Finance. Later, he worked in the Toronto Leveraged Finance team on US and Canadian transactions. In September 2014, he assumed responsibility for the European High Yield origination franchise, and since 2017 has been Head of the Leverage Finance and Sponsor Coverage Teams in Europe.

Advice to St Cross students: Don’t worry if you don’t know what you want to do with your lives. I didn’t.