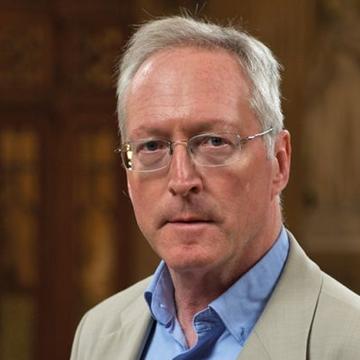 Professor of the History of the Church

Diarmaid MacCulloch, DD, FBA, FRHistS, FSA, Emeritus Professor of the History of the Church at Oxford, and prize-winning author, has written extensively on the sixteenth century and beyond it. His History of Christianity: the first three thousand years (Penguin/Allen Lane) and the BBC TV series based on it first appeared in 2009; the book won the Cundill Prize, the world’s largest prize for history, in 2010. His three-part TV series for BBC2, How God made the English, aired in March 2012, and his BBC2 series, Sex and the Church, aired in early 2015. He has written Silence: a Christian History (2013) and his collected essays on the Reformation appeared as All Things New: Writings on the Reformation in 2016. His Thomas Cromwell: a Life appeared in 2018.  He was knighted in the UK New Year’s Honours List of 2012.

I’m a passionate believer in the need for the academic disciplines of the humanities to communicate their value and their discussions to the widest possible public audience. It is for that reason that I have worked as Vice-President of the British Academy for Public Engagement, in our creative and expanding programme of public events, lectures and debates nationwide. With that aim, I have presented my own work not merely in the lecture-hall and in published work, but on radio, on television and in podcasts. My own speciality over nearly fifty years has been the Reformation, and in particular the English Reformation. My recent biography of Thomas Cromwell was the source of my recent public Hensley Henson lectures in the University, which generated large attendances, but beyond that, the launch of the book has sparked great public interest and has achieved sales already in hardback in the tens of thousands, with a paperback edition imminent. I have been energetically presenting my findings in lectures and conversation events across this country and beyond.

My wider work is on the history of Christianity generally. My mission is to explain its complicated history in ways which inhibit glib statements of the story to back up crude and authoritarian-minded presentations of Christian faith, and I seek to promote sane and wise relationships with other faith communities and with a world of scepticism beyond them. I have a particular interest in Christianity’s changing views on gender and sexuality over two millennia; I have already presented a three-part BBC TV series on that subject and am now writing a mass-market book on the same theme. In my public communication, I have a particular interest in involving the young, and enjoy talking to sixth-formers; this is part of my continuing interest and involvement in the lively literary festival scene across the world.  I have lectured to public audiences as far away as Sweden, Germany, Canada, the United States and India, and the audiences have included a lunchtime meeting of members of the European Parliament in Brussels in March 2018.

My work in seeking to bring understanding of the problems and opportunities of religious belief was recognised by the award of the D. Leopold Lucas Prize for 2019 by the University of Tübingen (previous winners include the President of the Federal Republic of Germany and the Dalai Lama), and my contribution to scholarship was specified in the citation for my knighthood in 2012.