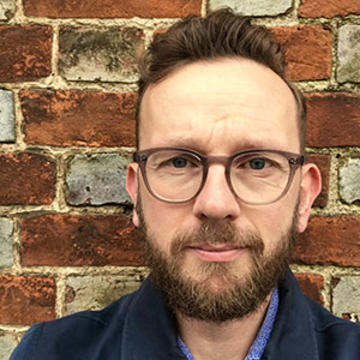 Dan Hicks is Professor of Contemporary Archaeology in the School of Archaeology, Curator of Archaeology at the Pitt Rivers Museum, and has been a Fellow of St Cross College since 2007. He is also Lecturer in Archaeology and Anthropology at St John's College, a Fellow of the Society of Antiquaries of London (FSA) and a full Member of the Chartered Institute for Archaeologists (MCIfA). Dan served as the Junior Proctor of the University of Oxford from March 2017 - March 2018.

Dan's research and teaching is focused on the connections between archaeology, anthropology and history, mainly in relation to material things. He has published widely in historical archaeology, material culture studies and heritage and museum studies. Dan teaches and advises students in Archaeology, Anthropology and History of Art. His teaching includes an optional paper titled Understanding Museums and Collections.

Dan has published five books: The Cambridge Companion to Historical Archaeology (Cambridge University Press 2006), The Garden of the World: An Historical Archaeology of Sugar Landscapes in the Eastern Caribbean (British Archaeological Reports 2007), Envisioning Landscape: Situations and Standpoints in Archaeology and Heritage (Left Coast Press 2007), The Oxford Handbook of Material Culture Studies (OUP 2010), and most recently World Archaeology at the Pitt Rivers Museum (Archaeopress 2013). Dan has also written for a range of journals, from the Cambridge Archaeological Journal to the Times Literary Supplement, and has appeared on Melvyn Bragg's In Our Time (Radio 4) and several television documentaries. With historian William Whyte, Dan is the General Editor of a series, A Cultural History of Objects, for Bloomsbury Publishers. From 2015, Dan directs the new AHRC Oxford University Museums Collaborative Doctoral Partnership programme. In June 2017 Dan was awarded the Rivers Memorial Medal by the Royal Anthropological Institute.

In August 2018, Dan had the title of Professor of Contemporary Archaeology conferred upon him in the 2018 Recognition of Distinction Exercise.

Full details of Professor Hicks' publications are available on his faculty page at the School of Archaeology: http://www.arch.ox.ac.uk/DH1.html