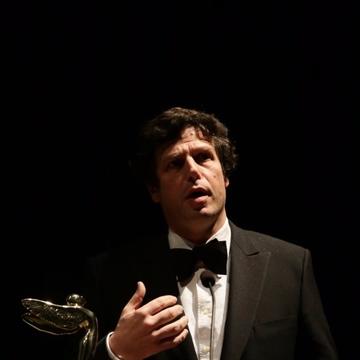 Anthony Geffen is one of the world’s leading documentary film makers and producers.  He leads the Atlantic creative team and is a pioneer in VR. He is the first filmmaker to twice win the prestigious BAFTA award for Specialist Factual (2014, 2011) and the only producer to win three Emmys in a single year for a documentary.

His diverse work includes some of television’s most acclaimed productions. The documentary Munich: Mossad’s Revenge, the theatrical feature The Wildest Dream: Conquest of Everest, the landmark series Inside the Commons,The Promised Land about African American migration and Greeks: Crucible of Civilisation. Eleven productions with David Attenborough including David Attenborough Meets President Obama and the Great Barrier Reef series.

He worked at the BBC for 10 years before setting up Atlantic Productions in 1992. The company has now grown to include VR, CGI, 3D and apps.  His many international awards include multiple BAFTA and Emmy awards: Best Films at New York & Chicago film festivals, Time Magazine’s Best Programme of the year, RTS awards, a Special Award for Innovation by the International Broadcasters Convention (IBC), Best 3D awards at the Wildscreen and Jackson Hole film festivals and five Lumiere awards for 3D. Last year the Hollywood studios awarded him the Charles Wheatstone Award for Outstanding Contribution for his work in 3D. His films are regularly seen in over 150 countries.

His many television films and series include:

Music documentaries include: the EMMY-nominated Charlotte Church Live (BBC/PBS) and Behind the Scenes at Terry Gilliam’s Cellini (cinema short).

His theatrical films include directing and producing The Wildest Dream: Conquest of Everest (BBC Films/National Geographic Adventures), producing Flying Monsters 3D,Galapagos 3D and Penguins 3D, Wild Flight 3D and Museum Alive 3D – films that all continue to be successful at the box-office for IMAX and Giant Screen and a theatrical short Tinderbox 3D. Anthony’s 3D films have been produced through a 3D joint venture with Sky 3D called Colossus Productions.

He has been a leading innovator in digital technology. Working in partnership with leading companies to build content for new digital platforms including award-winning apps (Kingdom of Plants & NHM Alive).

With Alchemy VR, he has been pioneering virtual reality story-telling, launching two VR museum experiences in London and Australia; First Life and the Great Barrier Reef Dive. Alchemy will soon be releasing several new experiences about pyramids and the human body.

He is a regular contributor to leading publications around the world and has been a guest speaker at several international events, including Google Zeitgeist, TedX and the Apple Developers' Conference.