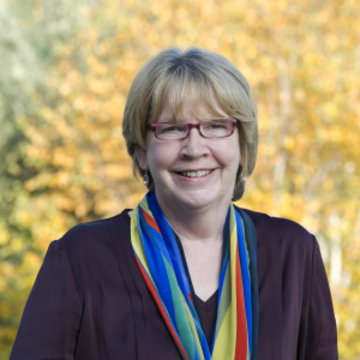 After gaining a BSc from the University of Coventry and a PhD from Cranfield, Anne spent almost 20 years in industry and academia, with a focus on numerical algorithms and software, computational science and high-performance computing. She was a research scientist at both the Theory Centre and Thinking Machines Corporation; Associate Director for Scientific Computational Support at the Cornell Theory Center; VP for research and development at NAG Ltd, developing a range of scientific, statistical and high performance libraries; and Director of the UK e-Science Core Programme.

She moved to Oxford in 2005 and served as director of the Oxford e-Research Centre until March 2012, when she was appointed the University’s first Chief Information Officer. She became Pro-Vice-Chancellor for the Academic Services and Univerity Collections in January 2015, and from 1 September 2018 became Pro-Vice-Chancellor for People and GLAM, as chair of the Personnel Committee and with responsibility for overseeing the University’s gardens, libraries and museums.

Her research interests include creating accessibility to complex computing systems through high-level languages and multi-touch technology, and extreme computing with a focus on energy-aware algorithms.