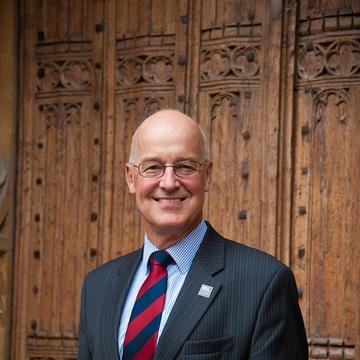 Honorary Fellow; Former Vice-Chancellor of the University of Oxford

Achievements during his time as Provost of Yale included the acquisition of the West Campus, the re-establishment of the Yale School of Engineering and Applied Science after a 40-year hiatus, a reform of the tenure process and the significant enhancement of the Yale undergraduate curriculum. In addition to serving as Provost he was Benjamin Silliman Professor of Chemistry and Professor of Molecular Biophysics and Biochemistry.

His research interests lie at the interface of organic and biological chemistry, with particular focus on the use of synthetic design for the understanding, mimicry and potential disruption of biological processes.

He was elected a Member of the American Academy of Arts and Sciences in 2010 and received the International Izatt Christiansen Award in Macrocyclic Chemistry in 2011.