Superpowers: The Long View of the US and China

Superpowers: The Long View of the US and China

Professor Adam Smith, Univ Professorial Fellow and Director of the Rothermere American Institute, and Professor Rana Mitter OBE, Professor of the History and Politics of Modern China and Fellow of St Cross College, will discuss China and the US, and their respective paths to global power, attitudes to the global order, internal and external challenges.

The event will be chaired by Baroness Amos, Master of University College, Oxford. 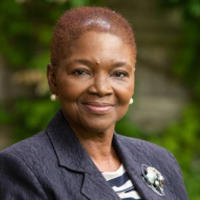 The Right Honourable The Baroness Amos CH PC commenced her tenure as Master of University College Oxford in September 2020. Prior to taking up the Mastership, Baroness Amos was Director of SOAS University of London. Before that she served as Undersecretary General for Humanitarian Affairs and Emergency Relief Coordinator at the UN from 2010 2015, and held senior roles in government and the public sector.

Baroness Amos has been a Labour Life Peer since 1997, and served in the Cabinet from 2003 to 2007 as Secretary of State for International Development, and subsequently also served in the Cabinet as Leader of the House of Lords and Lord President of the Council. She was an advisor to the Mandela Government on leadership and change management issues and UK High Commissioner to Australia before joining the UN in 2010. 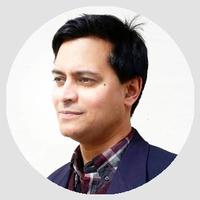 Rana Mitter OBE FBA is Professor of the History and Politics of Modern China, and a Fellow of St Cross College at the University of Oxford. He is the author of several books, including China’s War with Japan: The Struggle for Survival, 1937-1945 (Penguin, 2013), which won the 2014 RUSI/Duke of Westminster’s Medal for Military Literature, and was named as a Book of the Year in the Financial Times and Economist. His latest book is China’s Good War: How World War II is Shaping a New Nationalism (Harvard, 2020).

He has commented regularly on China in media and forums around the world, including the World Economic Forum at Davos. His recent documentary on contemporary Chinese politics “Meanwhile in Beijing” is available on BBC Sounds and he is a regular presenter of BBC Radio 3’s Free Thinking. He is co-author, with Sophia Gaston, of the report “Conceptualizing a  UK-China Engagement Strategy” (British Foreign Policy Group, 2020). He won the 2020 Medlicott Medal for Service to History, awarded by the Historical Association. 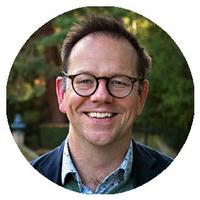 Adam Smith is the Edward Orsborn Professor of US Politics and Political History at Oxford, the Director of the Rothermere American Institute, and a Professorial Fellow of University College. He is the author of several books including, most recently, The Stormy Present: Conservatism and the Politics of Slavery in the Northern States, 1846-1865 (University of North Carolina Press, 2017) which won the Davis Prize for the best book on the Civil War Era and was a finalist for the Abraham Lincoln Prize. He writes regularly for magazines such as History Today and presents radio documentaries for the BBC.