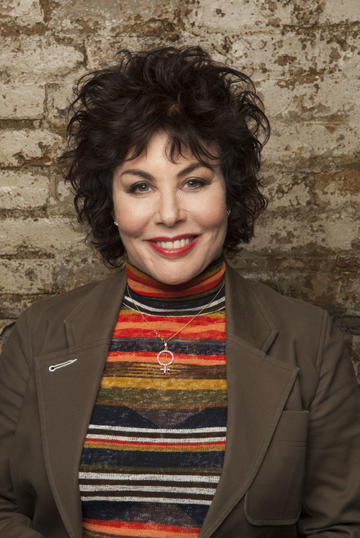 Earlier this month, the College was delighted to welcome Ruby Wax OBE, well-known comedienne, broadcaster and author, to its first ever virtual lunch for Medical and Physical Sciences students. Ruby was interviewed by Dr Jo Ashbourn about the interconnections she has made between humour and neuroscience in her recent career, and she began by telling the audience that she had originally moved to England from the United States in the 1970s to study as a classical actress. After performing for several years, she moved into comedy writing in partnership with the late Alan Rickman for many years. After finishing her series of satirical interviews of celebrity subjects, in 2013 Ruby decided to apply to the University of Oxford for the Master's in Mindfulness-Based Cognitive Therapy, a field she had become very interested in. After completing her Master's course in 2015, Ruby used her thesis subject matter as the basis for a successful comedy tour, which launched her career in a new direction.

Describing her subsequent career including being an author with several books under her belt, Ruby cited the bestselling A Mindfulness Guide for the Frazzled as the book which had the most impact on the general public. Ruby then went on to preview her latest book, entitled And Now For The Good News...: To the Future with Love, which will be published by Penguin in September.

Ruby also spoke passionately about the Frazzled Café network that she founded as a result of her experiences with people sharing their personal stories during her book and theatre tours. At Frazzled Café meetings all around the country people have the space and time to talk about the stresses of modern life and Ruby continues to be personally involved with regular participation.

There was a lively Q&A session after the interview and despite the lack of virtual sandwiches at the lunch, everyone felt that they had plenty of food for the mind!