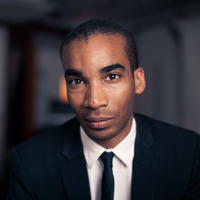 As the nights draw in and the pandemic's shadow continues to loom, the College was delighted to jazz things up a bit on a Friday evening by welcoming acclaimed pianist Peter Edwards on Friday 23 October for its first ever virtual jazz concert, organised by Dr Jo Ashbourn. The event was livestreamed from a studio in Hackney with an online audience of over 100 to hear Peter perform some of the greats.

From Scott Joplin's ragtime composition 'The Entertainer' to Duke Ellington's classic 'In a Mellow Tone' to Peter's own 'Down But Not Out', the music showcased the defining contribution made by Black composers to the history of jazz, which continues to the present day. Peter treated the audience to a tour de force, spanning Early Jazz, moving on to Swing and then Bebop before concluding with Contemporary Jazz.

The full programme is below:

Peter Edwards is a pianist and composer, who has released two albums with his much acclaimed trio. He has worked with many esteemed UK artists, including Mica Paris and Zara McFarlane. Peter has played at the London Jazz Festival and, in 2019, directed and performed Ellington's masterwork "The Sacred Concert" at the Royal Albert Hall for the BBC Proms.

The video of the jazz concert can be viewed here.