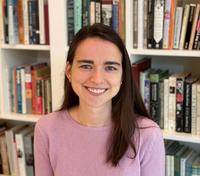 With a background in economics and financial services, Katherine chose to study Global Governance and Diplomacy at Oxford because of its reputation and the breadth of topics covered. Now, she is confident that she made the right decision.

The academic experience was quite rigorous because of this breadth, but I can now confidently say that I have a much stronger understanding of global governance, which is exactly what I was looking for!

For her dissertation, she explored sanctions as she is fascinated by the many ways in which finance plays a role in global governance. Her research focused on the 2016 U.S. Global Magnitsky Program (GloMag), a U.S. sanctions program that targets human rights violators and corrupt actors.

She shared with us a bit more about her work:

The sanctions program intrigued me because of its flexibility. As opposed to most targeted sanctions programs which are mandated based on target state or target organization behaviour, the GloMag focuses on the individual, and has the ability to target individuals across the globe for a relatively broad range of behaviours. Ultimately, I found that consistent with my expectations, many sanctions were used to signal about human rights and corruption. However, some sanctions seemed to signal in order to further political interests rather than to shape norms. In addition, some sanctions acted as constraining tools, and in very rare instances the sanctions seemed to act as coercive tools. Given the broad grounds on which the program is based, I argue that it is important to avoid implementing sanctions for reasons which do not cohere with the stated goal of the program, namely to fight corruption and human rights violations.

Many congratulations on her well-deserved award!