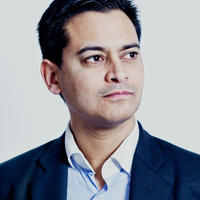 St Cross Fellow Rana Mitter, Professor of History and Politics of Modern China and Director of the University of Oxford China Centre, has been recognised in the Queen's Birthday Honours with an OBE for Services to Education.

Professor Mitter's work focuses on the emergence of nationalism in modern China, looking at the country's past to help to understand the new China. His most recent book, 'China's War with Japan, 1937-45: The Struggle for Survival' was named as a 2013 Book of the Year by FT and The Economist, and won the 2014 RUSI/Duke of Westminster Medal for Military Literature. His recent BBC Radio 4 series of audio documentaries, 'Chinese Characters', sought to understand China and explore the country's history through the lives of 20 key people, and has recently been shortlisted for the Eastern Eye ACTA Awards for Best Presenter.