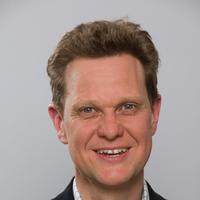 Preliminary results have been announced from a study that explores alternating different COVID-19 vaccines. They suggest that mild to moderate reactions are more frequent in administering one dose of the Pfizer/BioNTech vaccine followed by one of the Oxford-AstraZeneca, or vice versa.

Trials led by St Cross Member of Common Room Professor Matthew Snape, Associate Professor in Paediatrics and Vaccinology at the University of Oxford, were launched earlier this year to investigate alternating doses of the Oxford-AstraZeneca vaccine and the Pfizer vaccine.

Any adverse reactions were short-lived and there were no other safety concerns.

‘Importantly, there are no safety concerns or signals, and this does not tell us if the immune response will be affected. We hope to report these data in the coming months. In the meantime, we have adapted the ongoing study to assess whether early and regular use of paracetamol reduces the frequency of these reactions.’

The study data was recorded in participants aged 50 and above. The report suggests that there is a possibility such reactions may be more prevalent in younger age groups.

Read more about the study