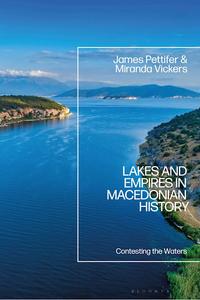 St Cross Member of Common Room and Professor of Balkan History James Pettifer has co-authored a new book exploring the role of the lakes in Macedonian history from prehistory to the 21st century.

‘Lakes and Empires in Macedonian History: Contesting the Waters’, written with Miranda Vickers and published by Bloomsbury, tells the story of Psarades, a lakeside village in Macedonian Greece on the shores of the Prespa lake. The village, which is in many ways a completely typical Greek settlement and yet remains unconventional in its way of life, embodies the many contradictions of modern history and in exploring its roots the authors uncover the wider social, cultural and political history of this lake region.

Drawing from oral testimonies and attentive to the construction of national histories, the book considers how the development of international borders, movement of people and role of national identities within imperial borderlands shaped Macedonia today.