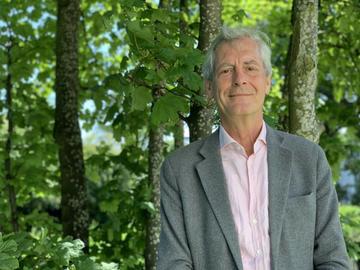 Honorary Fellow and Former Master of St Cross Sir Mark Jones has been named as the new Chair of National Trust for Scotland.

He also owns the Golden Hare bookshop in Edinburgh, which was recently named Independent Bookshop of the Year at the British Book Awards.

‘It has never been more important to understand our history and heritage and to protect our natural environment. I am delighted to be working with the National Trust for Scotland which does all of this so well.’

- Sir Mark Jones on his appointment