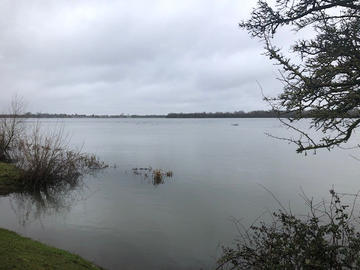 Week 7 of Hilary 2020. Very late for my first blog of the year - it's been quite a hectic few weeks, with a lot to catch up on.

College survived the storms more or less intact, but we were sorry to lose the beautiful ceanothus tree which graced the wall of Pusey Chapel in the West Quad. It had just managed a final, unseasonal, flowering before it was felled by Storm Ciara. 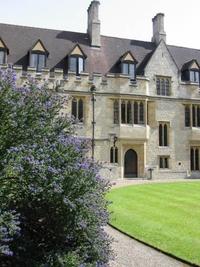 The bigger challenge facing us in the past few weeks has been to do with IT systems. We had a serious malware attack at the beginning of term. All our systems were fully backed up and so we lost almost no data, but we did have problems with access to Wi-Fi, and our administrative systems needed the University's cyber security team to restore our hardware and software. Work is still going on, and will be, behind the scenes for a few more weeks. Special thanks are due to Marko and his team, without whom we would be in a very different situation today.

We're sorry for the difficulties the temporary loss of connectivity caused and grateful to students, senior members and particularly staff for their forbearance. Events like this reinforce the importance of keeping systems, and research and personal data, backed up.

The Dean is one of the senior officers of the College, responsible for student discipline. A different role in a graduate College, whose students have experienced University life before, than in a mixed College, but nonetheless requiring excellent judgement and, on occasions, the wisdom of Solomon. At the end of last year Mark Robinson retired after 10 years in the role. We are extremely grateful to him for all he has done for the College in that time, and for the way in which he has quietly but firmly dealt with all manner of complex issues. I have particularly appreciated his support since I arrived at St Cross in September 2016 and was pleased to be able to join Mark and his family and colleagues to celebrate his retirement at the University Museum of Natural History at the end of January (although we all know that academics never really retire – they just have more time to write!). Mark has kindly agreed to carry on with his role as Garden Master, so we will still be able to enjoy his presence in College. 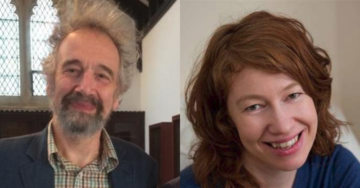 We are equally grateful to Heather Hamill for agreeing to bring her own direct, student-centred approach to the role. Heather is Associate Professor of Sociology and Deputy Director of the Extra-Legal Governance Institute as well as being a committed and active Fellow of St Cross.

St Cross was pleased to host visitors from Tsinghua University’s Law School in mid-January for an afternoon of comparing student life in Oxford and Tsinghua. Visits by external groups like this are an important opportunity to extend the College's reach and engagement with other universities and research centres.

The latest conference organised by the St Cross Centre for the History and Philosophy of Physics, arranged by Jo Ashbourn, took place on 22 February and addressed 'The Rise of Big Science in Physics'. As usual there was a full house in the Physics Department for the event, which is open to the general public, and videos of the talks will be available on-line before too long, as are all previous Conference talks. 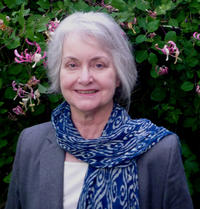 Another landmark event was the publication of the monumental edition of the Literary History of Medicine by thirteenth century scholar Ibn Abī Uṣaybiʿah, edited by a group of scholars led by St Cross Fellow Emilie Savage-Smith. We were delighted to host a dinner to mark this major work of scholarship in College on 24 January.

Outside College, I was pleased to chair a panel at the British Association of near Eastern Archaeology’s Conference which was held at the Ashmolean Museum in early January, an opportunity for me to re-engage with issues from my previous life as Chief Executive of a major heritage organisation. Sessions at the Conference took place across the Museum and St Cross, which turned out to be a very happy arrangement. 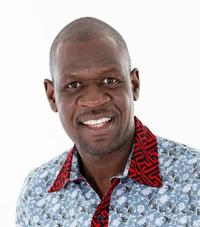 Academic events and talks in college

Two initiatives that are particularly associated with St Cross have continued to thrive.

The Africa Oxford Initiative (AfOx), led by St Cross Fellow Professor Kevin Marsh and programme coordinator Dr Anne Makena, held another of its hugely successful insakas in the West Wing, bringing together those interested in African research and development to listen to guest speakers, talk about the issues and enjoy a social gathering. Speakers earlier this term were Professor Kate O'Regan, director of the Bonavero Institute of Human Rights, and Professor Shadreck Chirikure from the Department of Archaeology at the University of Cape Town, who is with us in St Cross at present thanks to the British Academy's Global Professorship programme. The next insaka is to be held this Friday, 6 March.

The Global Thinkers of the International project, led by Dr Marina Perez de Arcos and Sharinee Jagtiani, also goes from strength to strength, focusing this term on women writers and thinkers on international affairs. I enjoyed the first session of term, about the Indian diplomat Vijaya Lakshmi Pandit, which was held in Somerville. We welcomed the Vice-Chancellor to the second session, on Professor Merze Tate, last week, where the guest speaker was Professor Cecelia Lynch. One more session is planned this term, on Susan Strange, on 6th March. Details here.

Flash talks - short introductory talks by college members – have continued before lunch on Wednesdays. After Bursar John Tranter on the early days of mobile phones (with which he was heavily involved), those to come include Christine Rollier on vaccine development against plague on the 11th of March. Just come along to the St Cross Room at 12 noon.

Three St Cross students were in the team that won the Oxford Foundry’s AI Impact weekend competition last month, and there are hopes for further success with an All Innovate team entry including students from St Cross. 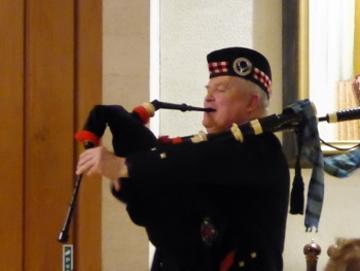 College dinners and other events

As always, Burns Night was especially popular (we had to have two!) with demand from students to see the bagpipes, eat the haggis and hear it addressed in flowing Burns. Grateful thanks to Bob McLatchie and Diarmaid MacCulloch for addressing and to those students who bravely offered toasts.

My guests at special dinners this term have included the President of Corpus Christi College, Helen Moore; the eminent zoologist Lord Krebs, who was President of Jesus College from 2007 to 2015 and Mark Graham, who is professor of Internet geography at the Oxford Internet Institute. Special dinners are always great occasions to meet a mix of students, Fellows and guests as well as enjoy the wonderful food prepared by our catering team.

The term began with three more buffet dinners for first year students, which form a regular part of the college schedule. David and I have also continued to hold social evenings with groups of DPhil students and JRFs in the Lodgings, and will continue to do so throughout the rest of the academic year.

A dinner for college supporters was held on 21 February and attended by several of our current College Scholars, five of whom also took part in a really wonderful Student Showcase before the dinner. Their presentations informed, entertained and moved – I had certainly not expected to laugh so much during a session on number theory! The annual Fred’s Lunch, in memory of Founding Fellow Fred Hodcroft, takes place on 14th March, and guests will also be able to enjoy a talk by Young Rembrandt curator An Van Camp.

Two opportunities are, we hope, coming soon for alumni living overseas to catch up with the College, in Berlin on 21st March and New York in April, as part of the University’s Meeting Minds weekends. Details are here and will, of course, be updated in light of any coronavirus developments.

St Cross in the city

We recognise that St Cross has responsibilities to the city of Oxford as well as to the University. It was a pleasure to welcome the Trustees and staff of Refugee Resource, one of the city's two leading refugee agencies, to College for their strategic awayday in January.

The Ashmolean Museum is holding a wonderful, not to be missed, exhibition of the early work of the painter Rembrandt at the moment, co-curated by St Cross fellow An van Camp, who has also co-authored the exhibition catalogue.

The lecture hall in the West Wing is also a major venue for the Oxford Literary Festival, which will be held this year from 27th March to 5th April. The full list of festival events - over forty of which will be held in college - can be found at the Literary Festival's website, where tickets can be bought. A particular highlight for us College Emeritus Fellow Professor Diarmaid MacCulloch and St John's Fellow Professor William Whyte talking about Westminster Abbey on the 2nd of April. I will also be introducing the St Cross Master's Lecture, by David Miles on The Land of the White Horse, on Wednesday 1st April.

Those attending events or using the Lecture Theatre or Library - can also take a look at new displays of ceramics in the display cabinets: one of ceramics associated with the Leach Pottery, celebrating its centenary this year, from the collections of College members and one of work by potter Sandy Brown, kindly lent by Sandy herself.

A final, and more sombre, word

A final word about a subject of concern to all of us at present: the current situation with regard to the COVID-19 virus. The safety and welfare of College Fellows, students and staff are our highest priority, and we will keep our guidance updated as developments occur. For now, the most important advice is to maintain high standards of basic hygiene and to keep up to date with what the Government is saying through Public Health England, which can be accessed through this page on the University’s website.