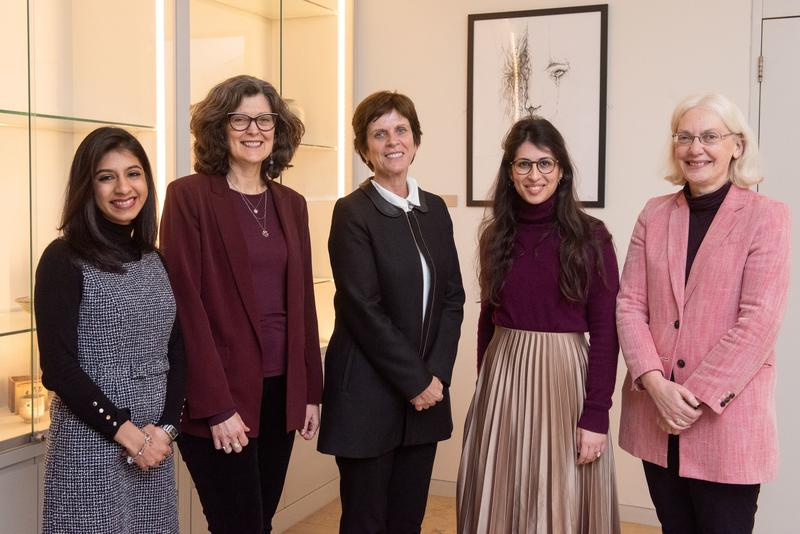 The Global Thinkers of the International have been short-listed for a Vice-Chancellor's Diversity Award. This group, co-founded in 2017 by St Cross student Sharinee Jagtiani and Research Associate at the Department of Politics and International Relations, St Cross alumna, and Member of Common Room Dr Marina Pérez de Arcos, explores internationalist thought from significant scholars whose work has been silenced due to language, regional, and gender biases and discrimination. Through a series of events that bring in guest speakers from a variety of disciplines from all over the world, Sharinee and Marina have amplified silenced and forgotten voices and made Oxford a more inclusive, diverse hub for research and discussion in this field. St Cross has been a proud partner to the group since its inception.

The Diversity Awards 'recognise individuals and groups who have inspired others, demonstrated leadership and made a difference to equality and diversity in the University’s working, learning and social environment.' The Global Thinkers were nominated for promoting awareness alongside 'Beyond Boundaries', 'Making History', and 'Tomorrow's Oxford Heads'. The Vice-Chancellor expressed her desire to 'recognise and celebrate these pioneering initiatives and the people behind them.'

In February, Vice-Chancellor Professor Louise Richardson attended one of the Global Thinkers' events in person. This event, held at St Cross College, marked the centenary of women being allowed to matriculate at Oxford. In her remarks, the Vice-Chancellor noted the momentous anniversary and how much the University had changed over the past century due to the diligent efforts of hard-working women of all disciplines. Afterwards, Professor Cecelia Lynch of UC Irvine presented on the career of Dr Merze Tate, the first African American to graduate from Oxford. You can listen to her remarks on the Global Thinkers Series Podcast here.