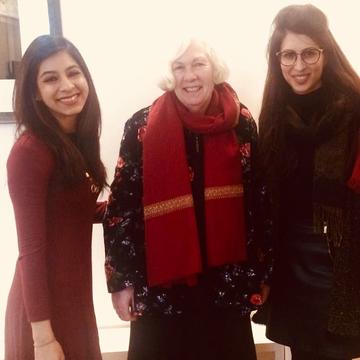 Begun in Michaelmas 2017, Global Thinkers of the International seeks to go beyond geographical binaries to gain an appreciation of the ethnic, linguistic, and cultural diversity in historic and

contemporary IR thought. It focuses on individuals who have played a significant role in influencing foreign policy but who have been overlooked by the discipline of International Relations.

Throughout 2017 and 2018, several successful termly themed discussions have been held. Sessions brought in scholars from across disciplines (International Relations, History, Area Studies, Comparative Politics, and Political Theory). Speakers include Judith Brown, the first political biographer of Indian Prime Minister Jawaharlal Nehru and Rana Mitter, Fellow of St Cross College and a world-known scholar on China. The sessions were extremely well attended and attracted a wide and cross-disciplinary audience ranging from undergraduate students to senior professors.

This project came about thanks to the mentoring programme at St Cross that pairs up older DPhils with incoming DPhils. It is a credit to the interdisciplinary conversations that take place at St Cross College as well as the support and vision of Master Carole Souter.