This is not my usual sort of blog. It is both more personal and more important than my light-hearted – and very sporadic – comments on a Master’s life.

This is a reflection on the difference that an individual of determination, warmth and integrity can make to the lives of those around them. 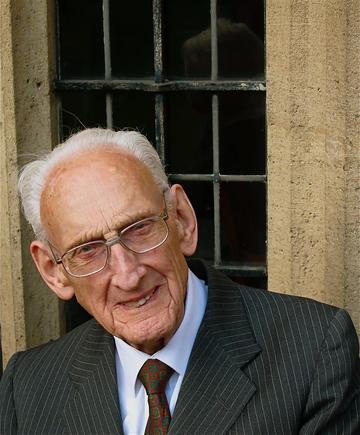 On Thursday, Pusey Chapel was filled almost to overflowing for the funeral of one of our Founding Fellows, Fred Hodcroft. Fred was born in 1923 and so had had, as many people would say, ‘a good life’. The Reve 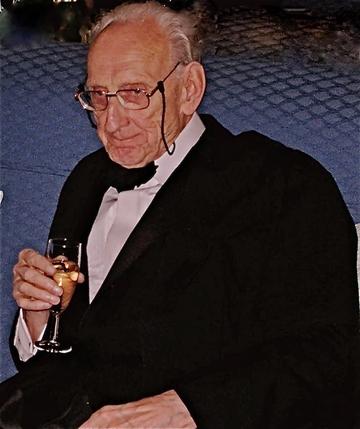 rend Professor John Barton, an Emeritus Fellow of the College, gave the sermon and reminded us that longevity does not make it any easier to say farewell to someone we love. He also spoke of how important Fred’s friendship and conversation had been to him when he arrived in College as a very new Fellow. Eric Southworth, who gave one of the eulogies, painted a picture of someone who could make any topic of conversation interesting – who could make connections between subjects and thus throw new light on an apparently well-trodden intellectual path. He emphasised the lack of self-importance and the willingness to bring others into a conversation which so many people who knew Fred well had experienced.

Fred’s son, Felix, gave the most wonderful eulogy for his father. He talked of the web of connections that ran from his father’s own inspirational teachers and continued on to those who had been taught and mentored by Fred throughout his Oxford career, and into the many years of happy retirement during which he continued to contribute so much to the life of College, his family and neighbours. He talked of Fred’s mother, Jessie, and his wife, Joan, and his extended family – not least his four brothers and their own families. He spoke about the war years and the danger and horrors which Fred had seen as a navigator, explaining why the RAF had been such an important part of his life.

And he talked about our College, St Cross, and why, for a man from Lancashire and Manchester University, being part of the establishment of an Oxford College which regarded staff, students and Fellows as part of one community, put no barriers between those different groups, and welcomed members from across the world and across the disciplines, was such a joy. Fred loved the College and continued to attend its various functions almost until the end of his life. He loved to see the newest student talking with the most eminent Fellow, with both learning from the conversation. We will continue to celebrate him every year at Fred’s Lunch, and to remember him on so many other occasions.

I’m writing about Fred as if I knew him. It is a great sadness that I never did. But listening to the eulogies, and then talking to Fred’s family and friends afterwards at the reception, I felt that I had a glimpse of the man others knew. And it made me very proud to have even a vicarious association with someone who meant so much to so many.

Thank you, Fred, from all of us.