The Foxes futsal team (made up of St Cross, St Antony's, Nuffield and Wolfson) have won both the College Cuppers tournament this year as well as the first inter-collegiate futsal league. 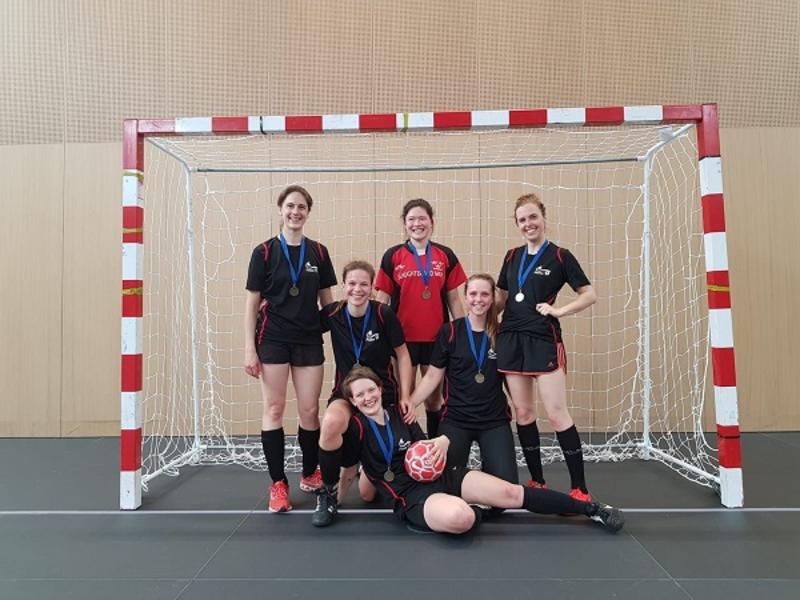 Futsal is a modified version of football played with five players per side on a smaller, usually indoor, pitch and a heavier ball. This means the focus is more on improvisation, creativity and technique as well as ball control and passing in small spaces. Many famous players such as Messi and Pele played futsal in their youth to help develop their skills in the 11-a-side game.

This year the first inter-collegiate Futsal League was played during both Michaelmas and Hilary terms and Futsal Cuppers, the intercollegiate competition, was held for the second time this Trinity term. Winning both accolades is a great achievement for the Foxes team and we look forward to following St Cross’s progress in futsal in the coming years.