St Cross Fellow Professor Michael Sharpe, Trust Lead for Psychological Medicine at the Oxford University Hospitals NHS Foundation Trust (OUH), has opened the Oxford Psychological Medicine Centre at the John Radcliffe Hospital together with his team. The Centre will provide a dedicated space for clinical psychiatrists and psychologists at the OUH as well as researchers from the University of Oxford, with the aim of improving care for patients who have co-existing psychiatric and medical conditions.

The centre was opened on 27 November by Trust Chairman Dame Fiona Caldicott, and it will bring together the existing clinical psychology team for adults, the team for children, the clinical psychiatry team, and a research team from the University of Oxford. Each team will benefit from the centre's service, teaching, and research spaces. 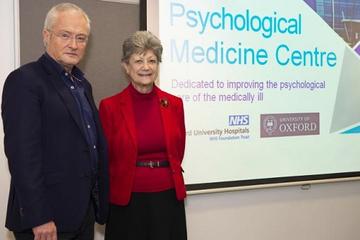 Professor Sharpe says of the centre:

Oxford Psychological Medicine is already regarded as a beacon of integrated mental and physical care nationally and internationally, and the creation of this centre will enable us to do even more to help our patients.

The integration of psychiatrists and psychologists into the medical team at the John Radcliffe will mean the Trust is able to provide patient-centred comprehensive care.

The Oxford Psychological Medicine service has won many awards and recently won the Team of the Year award from the Royal College of Psychiatrists. 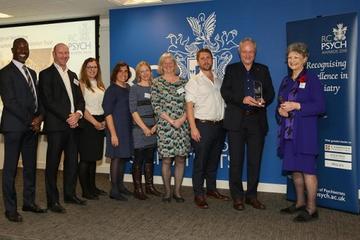