Fellow Dr Neil Bowles, Associate Professor of Atmospheric, Oceanic and Planetary Physics, has been part of the first team of scientists to detect a likely ‘marsquake’. This is as part of his work on NASA’s InSight mission to Mars.

Seismic vibrations were detected by InSight’s Seismic Experiment for Interior Structure (SEIS) which had been developed by Oxford University in partnership with Imperial College London and STFC RAL Space. The SEIS sensors are carved out of silicon and can detect motion at the sub-atomic level. The NASA InSight lander placed them on the surface of Mars in December of last year.

Also last December, they captured the first sounds ever recorded directly from Mars – a low rumble caused by wind vibrations. Recording this wind allowed the team to understand that this occasion was a marsquake. The first marsquake was detected on 6 April 2019 as a quiet but distinct signal. 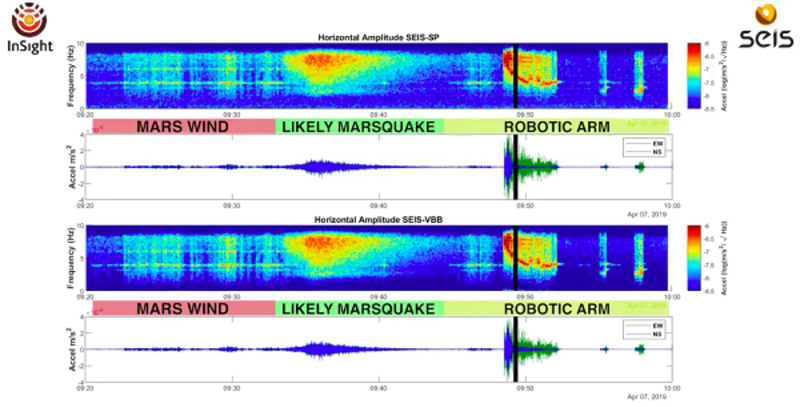 The recording of the first marsquake can be heard on Twitter: @NasaInSight

Seeing the first likely ‘marsquake’ is really exciting and it shows the fantastic performance of the SEIS instrument.  We can now start to characterise the types of signals we see on Mars to try and understand how this relates to the structure of planet.”

Telling us a little more about quakes on planets other than earth, Sue Horne, Head of Space Exploration at the UK Space Agency, said:

“Thanks to the Apollo missions of the 1960s we know that moonquakes exist. So, it’s exciting to see the Mars results coming in, now indicating the existence of marsquakes which will lead to a better understanding of what’s below the surface of the red planet.

The two-year Insight mission aims to study the inside of Mars to learn how planets, moons and meteorites with rocky surfaces, including the Earth and its Moon, formed. You can track the Mission's progress, and listen to the first marsquake, via Twitter: @NasaInSight.